*I was given ticket to attend. all opinions are my own.
Last night we surprised the kids with an evening at Disney on Ice at the Moda Center in Portland. We had been to Disney on Ice before – they were completely enthralled so we knew they would love it. Both kids had been feeling under the weather all week (along with myself). I wasn’t sure we would make it until the day of and I am so glad we did. 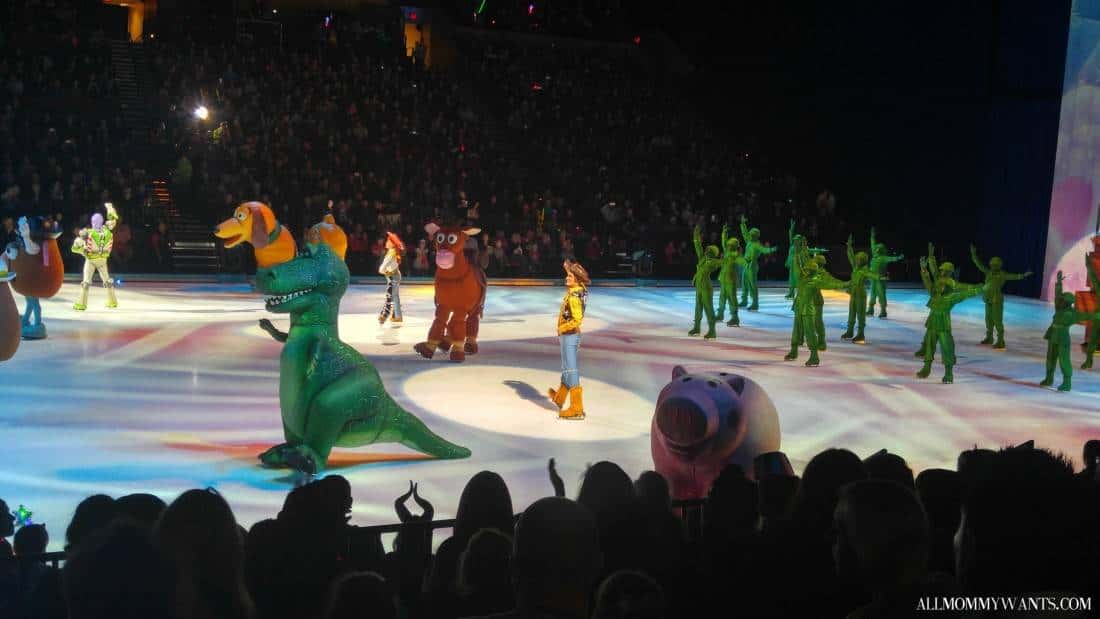 The show started out with a Toy Story 3 montage. The toys were boxed up and brought to Sunnyside Daycare. Lotsa Huggin Bear is there to greet (and trap) the toys. The characters were brought to life on ice! My kids favorite was Slinky, and I LOVED Barbie & Ken’s duet. 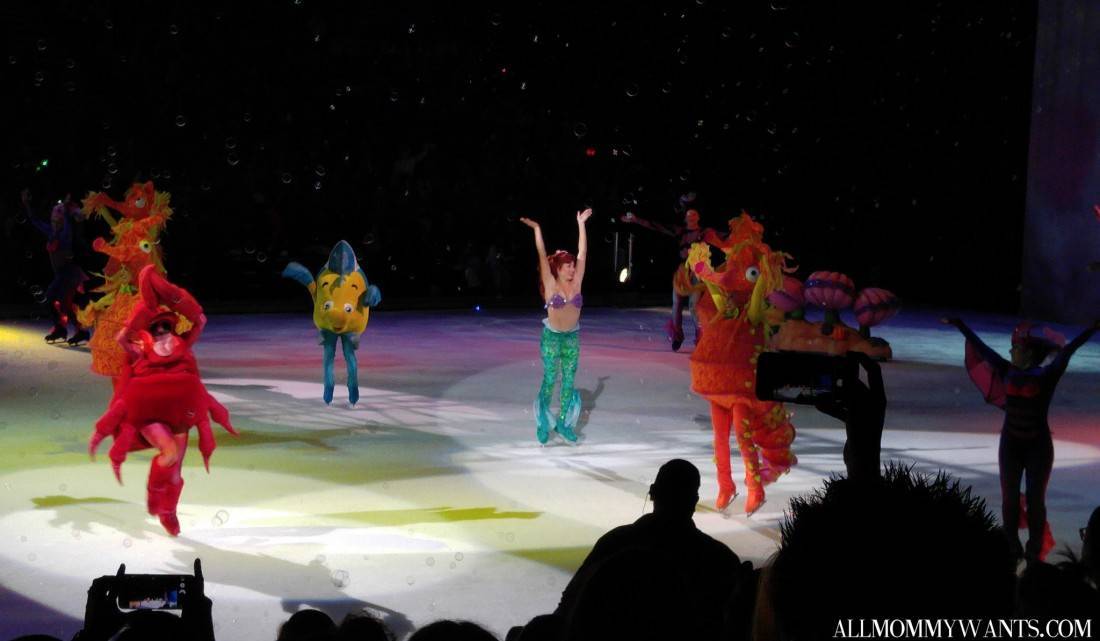 Next up was The Little Mermaid! Ariel and Sebastian were the stars of the show with the reminiscence of the original film I grew up with and loved. There were some beautiful skating tricks fun interactions when Ursula came on to steal Ariel’s voice. 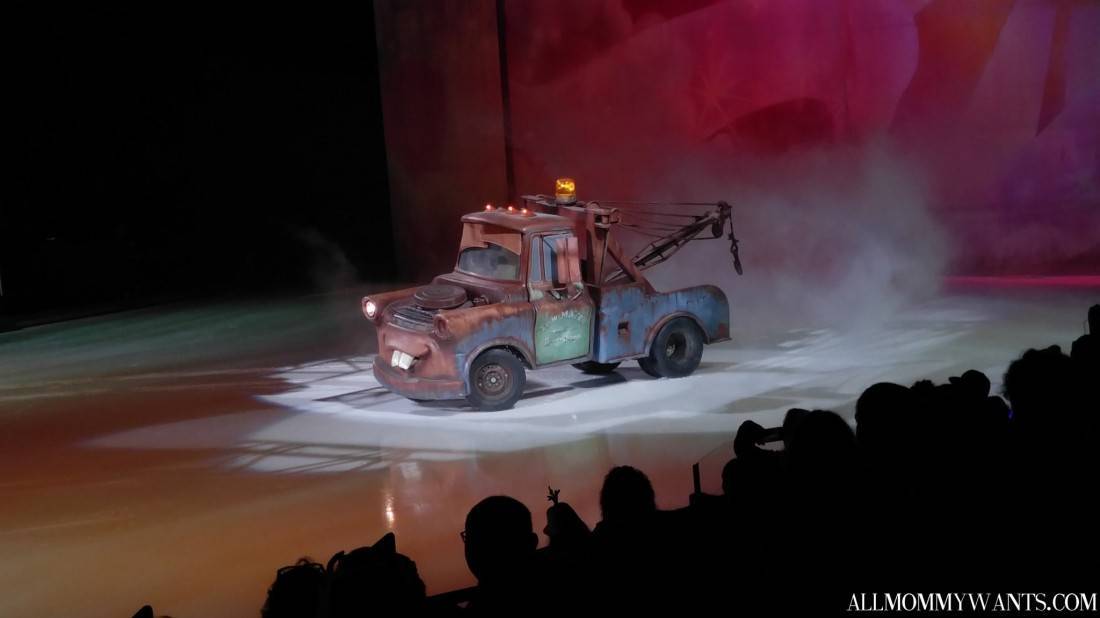 Next up were Mater and Lightning McQueen along with others from Cars! They were not on as long as the skaters (because they were actual vehicles). But it was super fun to watch them zoom around the rink. Oh, and Mickey & Minnie were there too! 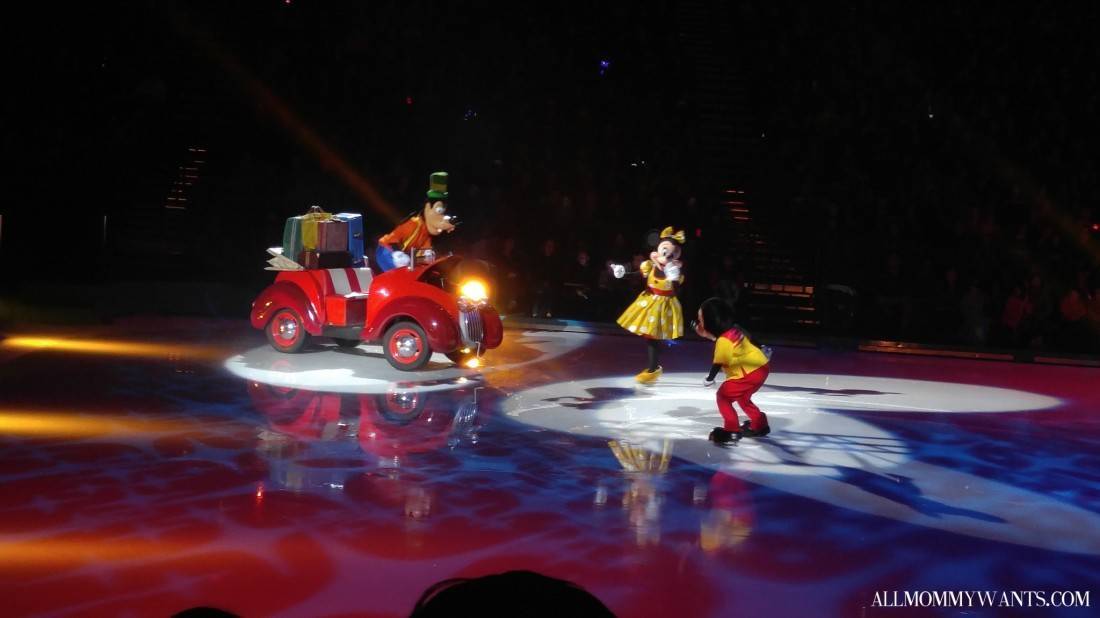 Last but certainly not least, Anna and Elsa were up. This was the most beautiful setup of the night. Pure magic…. Even Olaf was there to since and skate to In Summer… 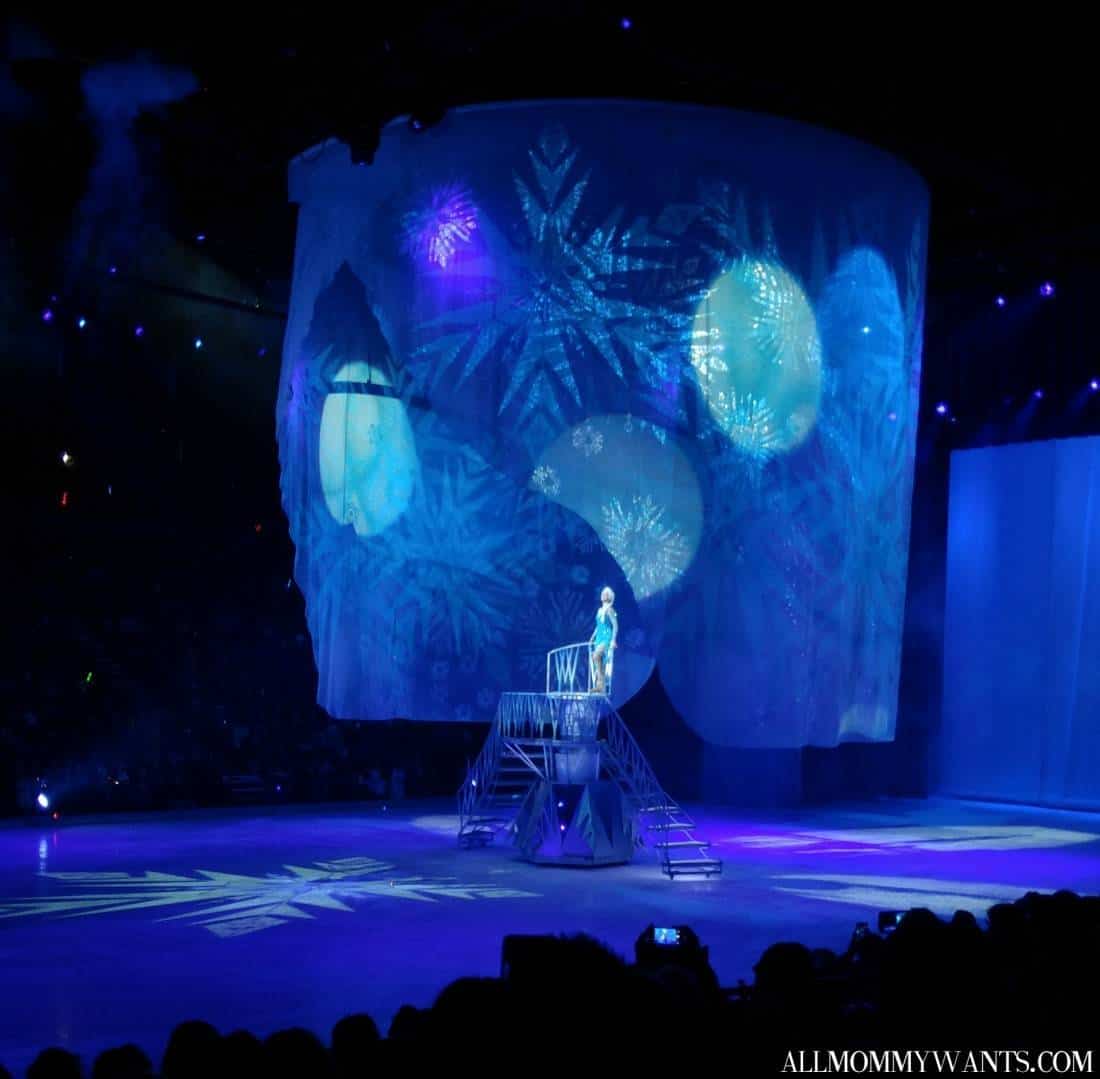 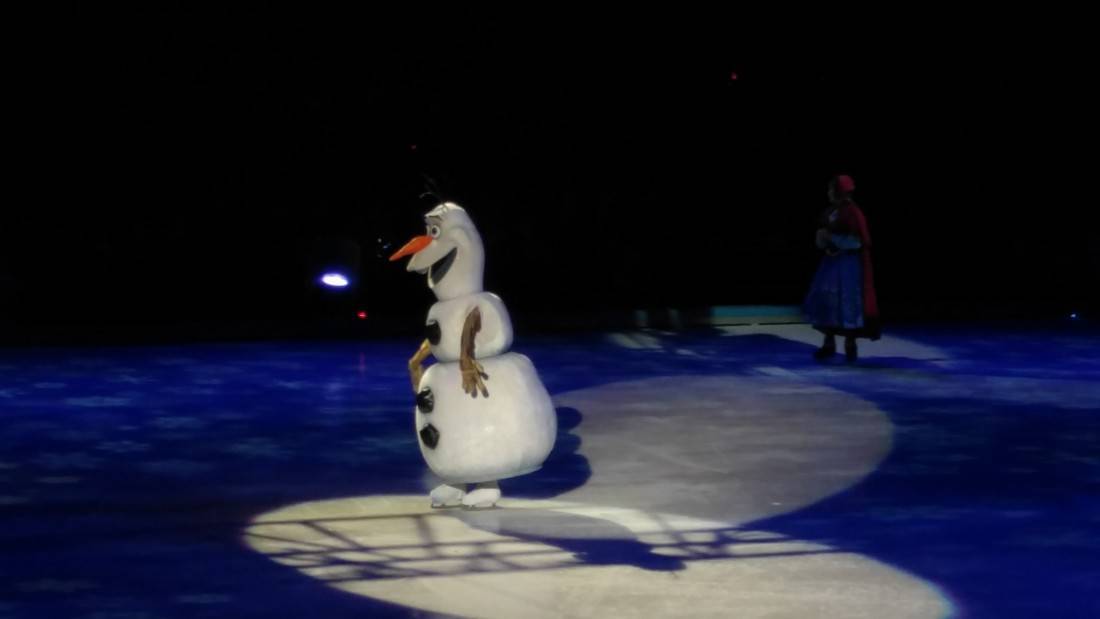 I would highly recommend Disney of Ice: Worlds of Enchantment (or really any Disney on Ice show near you!). You can find tickets and more info at http://www.disneyonice.com/ – your kids will love it and you will love it too!