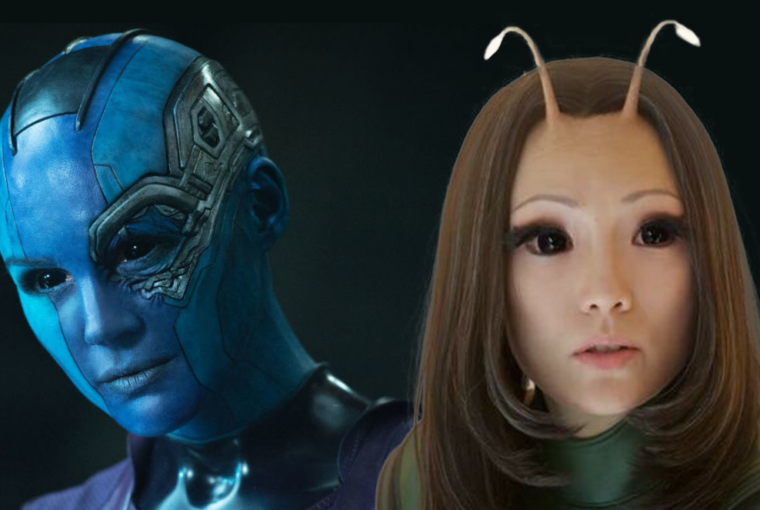 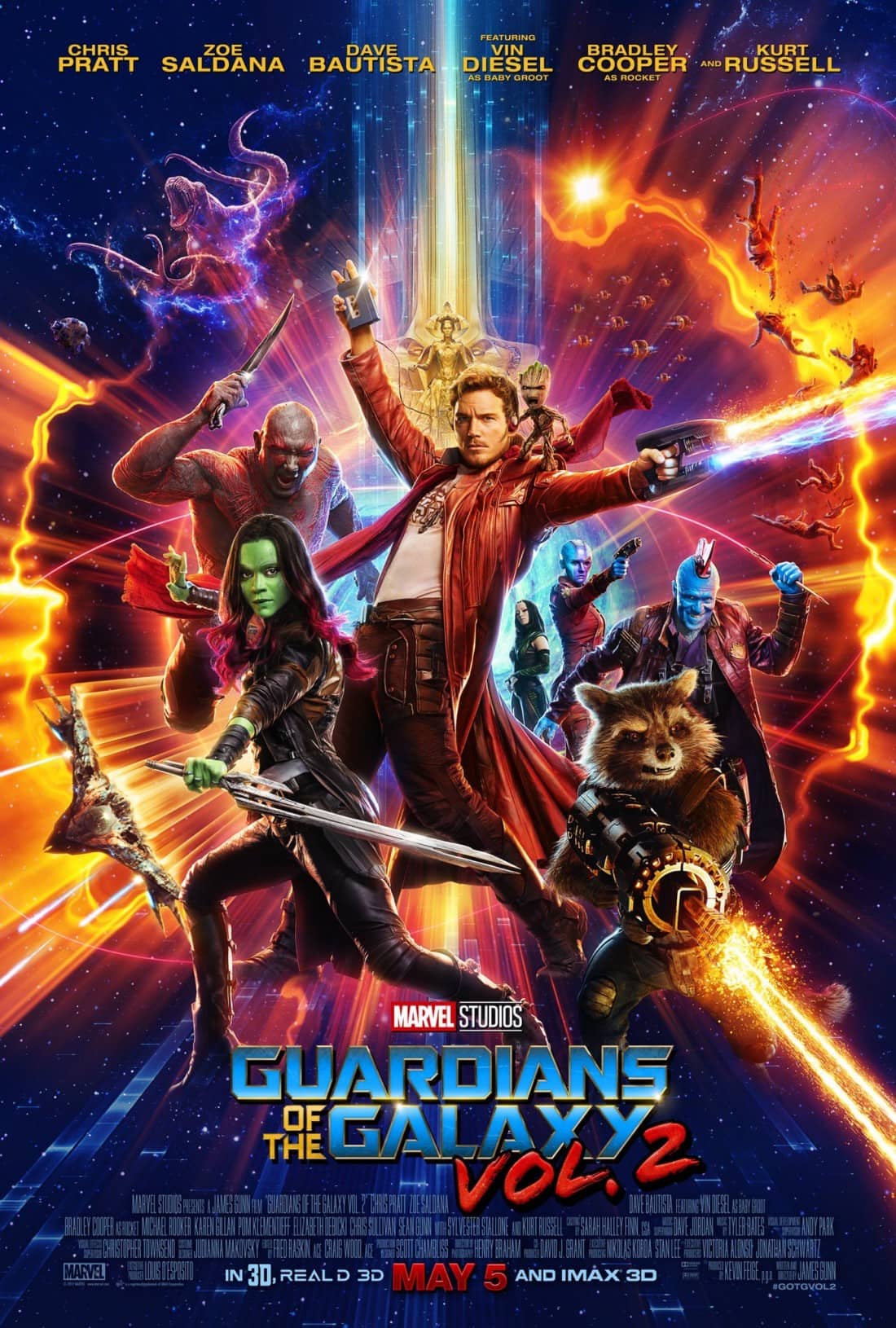 Karen Gillan (Nebula) and Pom Klementieff (Mantis) and just coming off the heels of Guardians of the Galaxy Vol 2 (on DVD/Blu-Ray Aug 22) and jumped straight into Avengers: Infinity War. Literally they finished press for GOTGVol2 and went right back into filming. So of course we had a LOT of questions about their character arcs and what happens with the MARVEL family. Unfortunately it was hard to pull information out of these two, but we did get some clues on what’s coming up. 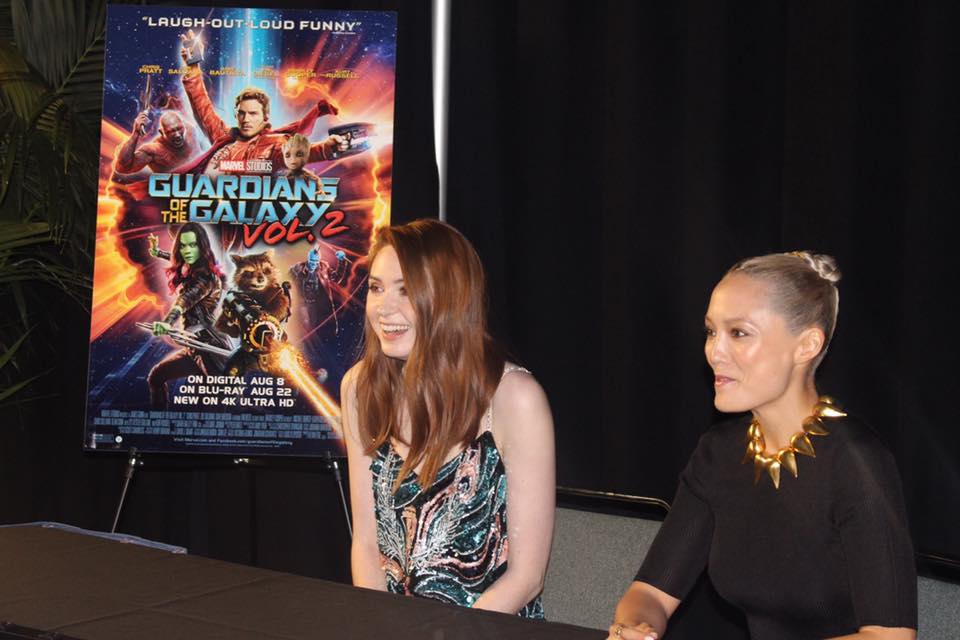 1. Some Things Even They Don’t Know

“I didn’t even get a full script, so I’m just, um, shooting scenes that I don’t know what the context is, and where it fits into the story…” – Karen Gillan

It turned out Gillan and Klementieff and most of the cast of Avengers: Infinity War never got a complete script.

“Yeah, I have to harass them like every day to get the script, and then I can read it and then I have to, to give the iPad back.  You know, there’s a password and it’s really secretive you know.” – Pom Klementieff 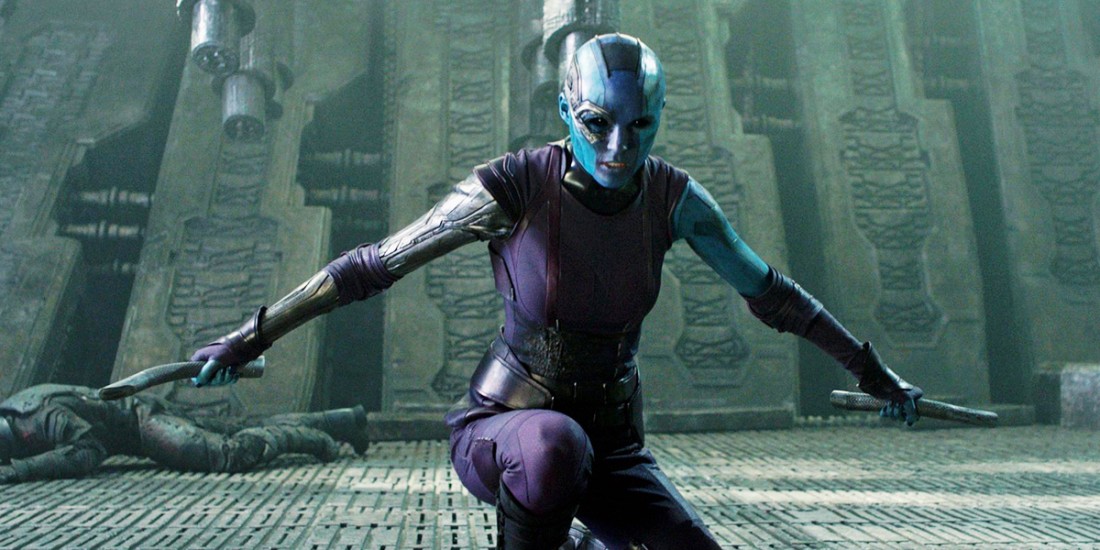 “This story very much revolves around her father (Thanos), everybody has an agenda to deal with her father, but I think no one more than Nebula, because of all of the torment that he’s clearly put her through.  This is going to be like almost like an emotional explosion for her.” – Gillan

3. It Was Great Working With The Russo Brothers

“We had to adapt, because we’ve only ever made anything Guardians related with James Gunn, and he created these characters and it was very much a collaboration with James in terms of bringing these characters to life.  So then to sort of work with completely new directors was a different sensation, but it was also cool because they have something else to add to the table, another perspective on everything”. – Gillan 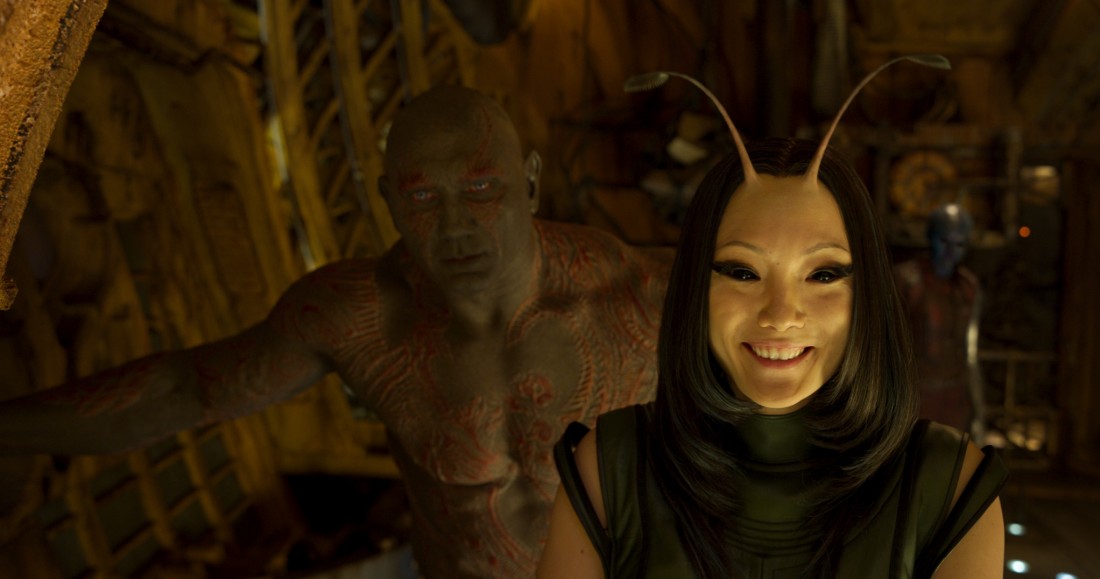 “I feel like it’s about time.  I mean, we’ve been craving this for a long time, and with everyone in the Marvel universe, and also Wonder Woman. It’s just like it feels like there’s a real movement of strong women.” – Karen

“Yeah, yeah, completely, you can see the bad ass and really strong characters like Karen’s character or like my character, she’s more innocent and weird and, you know, it’s okay to be either of these characters.” – Pom

“What I love is also the costumes that we wear, they’re not too revealing.  They’re not too sexy. Sometimes, you know, in superhero movies, it’s like “oh, you’re gonna wear a bikini and fight.”  Ah, okay.  It doesn’t really make sense, you know.” – Pom