Ant-Man is in theaters Friday! 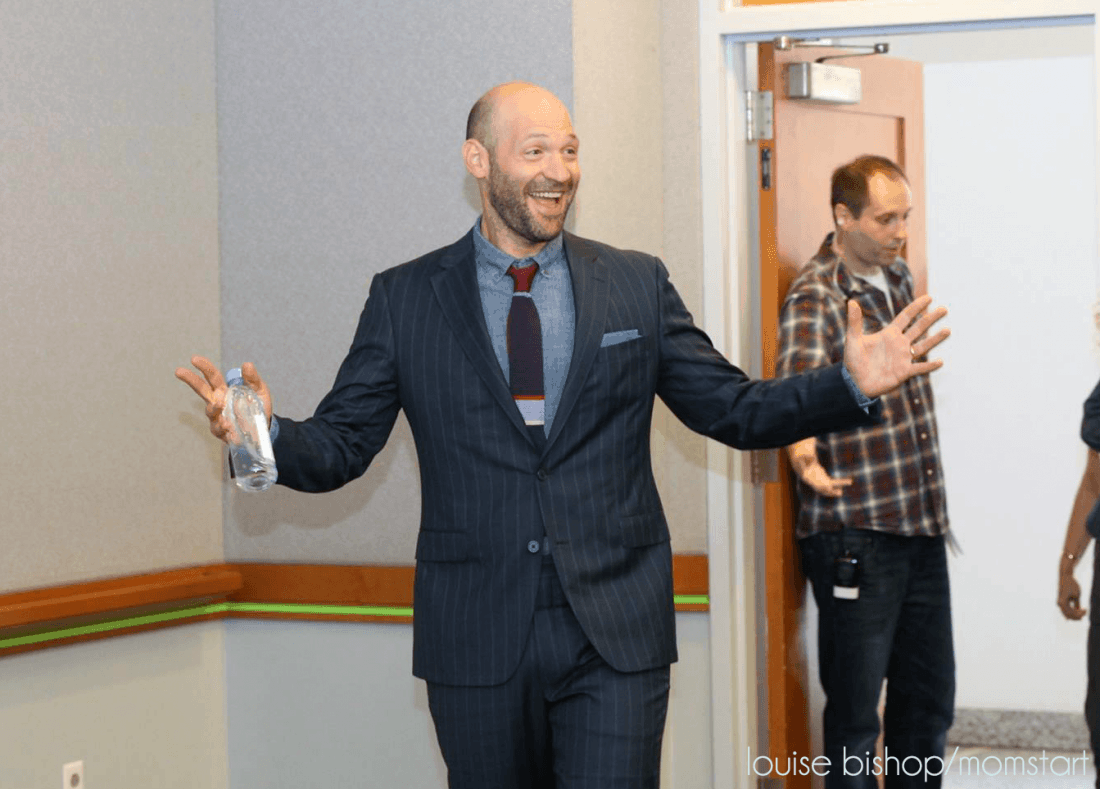 Corey Stoll, who plays Yellowjacket in Marvel’s Ant-Man (in theaters Friday) walked in looking incredibly tailored and cool. We were immediately put at ease when he saw the Yellowjacket Bobblehead from Funko sitting on the table and said “that’s SO cool!”. He was enamored with the idea of his character as a toy. 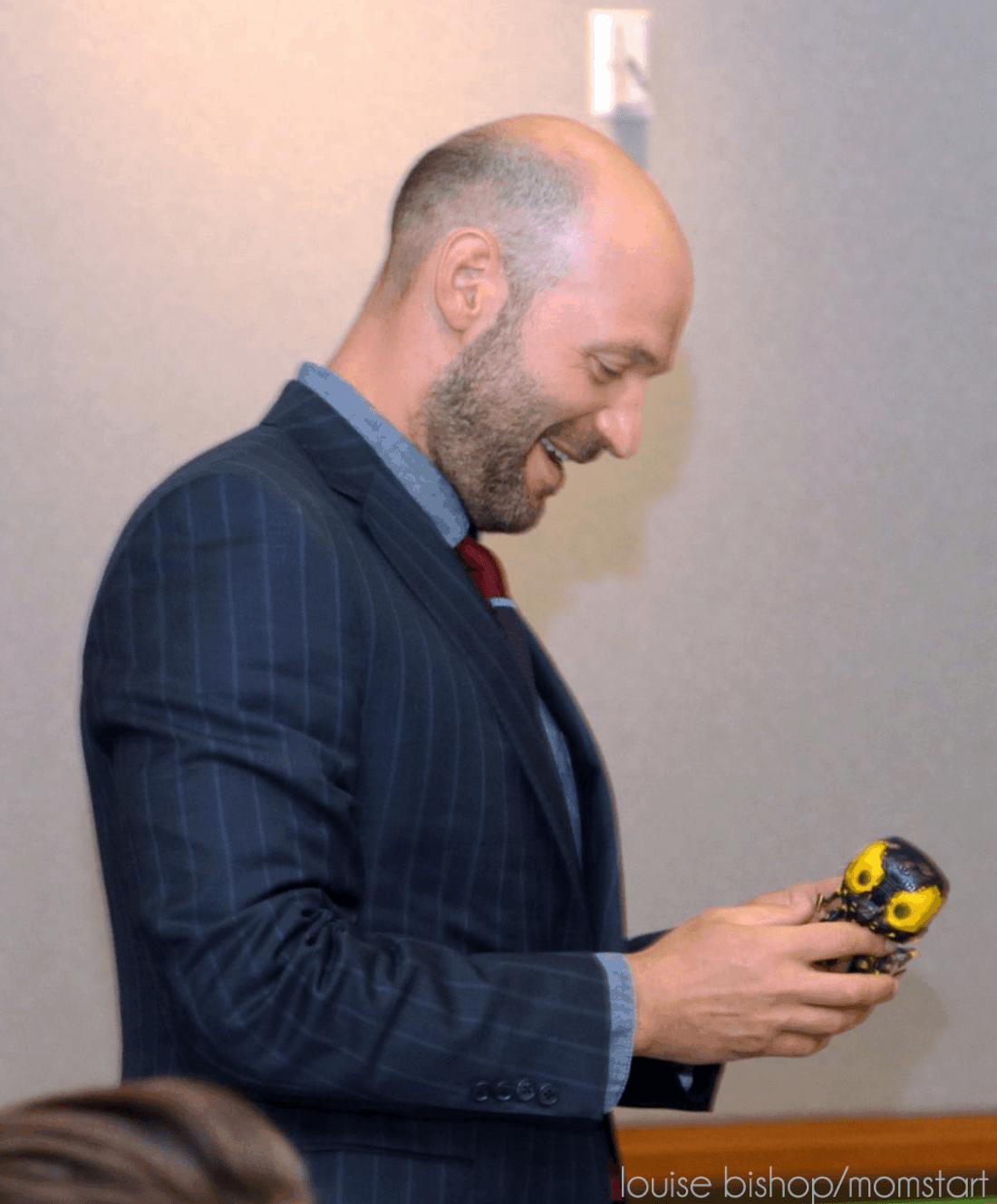 One thing that we had learned earlier from Michael Douglas (see the interview here) was that he thought Corey Stoll made a great villain. Corey had a ton of fun playing Darren Cross/Yellowjacket.

“My  first day of shooting was sort of a microcosm of  what the whole shoot would be where in the morning was all  Motion Capture, just stunts. It was like being in a silent film where you run this way and then duck and then pick up a toy train and throw it, it was just pure play.  Then the afternoon was a very quiet scene with Michael Douglas where I show up at his house unannounced and it’s our really most intense scene. It was just such a great way to start because there are these two extremes of what this role would be”.

Corey’s past roles have included Dr. Ephraim Goodweather in The Strain on FX and Peter Russo on House of Cards among other tv and film roles, but none have been as evil as Yellowjacket. He doesn’t often play “the bad guy”. 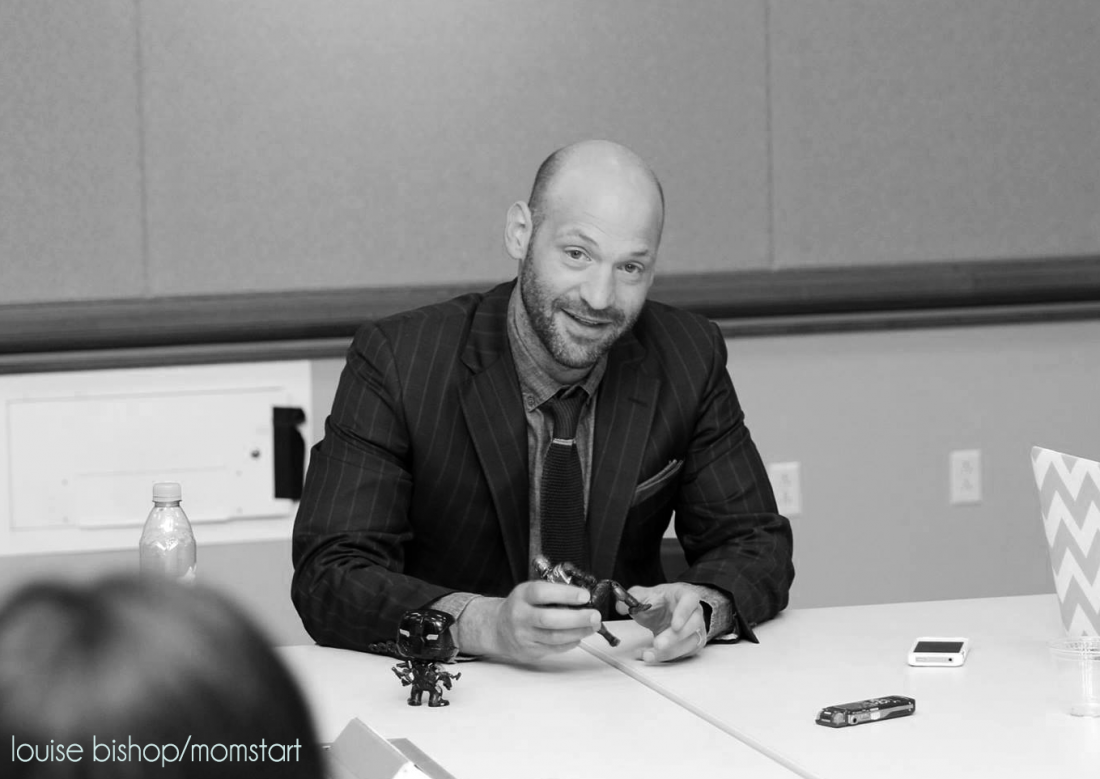 “My big scene where I have lured Hank Pym and Hope in order to deliver my big villain monologue and all that.  I mean, I would say it was several days, maybe 3 days shooting that scene.  It was an — it was an endurance feat because there were so many people in that scene.  Uh, you know, we really felt like we were sort of trapped in that room for a long time.  Um, but it was — it was just — it was just really fun to have that license to just be that big sort of Bond Villain, you know, just for it.”

Related: Paul Rudd and Evangeline Lilly talk about chemistry on the set of Ant-Man 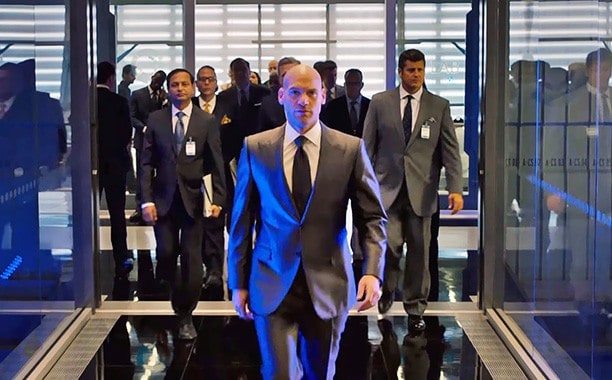 Corey’s character was meant to have good intentions that didn’t make it in Ant-Man. His character Darren Cross was supposed to want to “save the world”, but in the end it made more sense to have him want to take over the world, classic villain style.

“There’s something really didn’t end up in the film, when he’s first selling the Yellow Jacket and this technology. We really brainstormed about the beneficial applications of this technology and you realize that this (shrinking people and objects down to ant-size) actually could save the world.  There’s so many things you could ship — you could get a shipping container down to ship a Volkswagen Bug, shipping cost would be like nothing. Carbon emissions would become a smaller, or you could maybe shrink smoke as it comes out of a coal powered plant. Or you could shrink a surgeon down to go and do Micro-Surgery.  It really is like this incredibly Utopian thing.  And I think there is that element in Darren that’s like he wants to change the world for the better.  He just made the wrong choice”.

Fun fact for you – his Yellowjacket suit was entirely CGI, although a couple of versions of his infamous super-villain suit DO exist. Just don’t ask Corey to put them on.

“I did two separate trips down to Atlanta just to try on different versions of the suit and it just never looked right.   And I remember the first time I tried it on, everybody was trying to convince themselves that it looked cool.  Yeah, yeah, it’s gonna be great, just a little CGI over there, it looked great.  I just felt like a Power Ranger.  So and luckily, you know, smarter heads prevailed and they just did it off CGI. So I know I wasn’t wearing something but you look at it on screen, it really looks real.  It’s really amazing”. 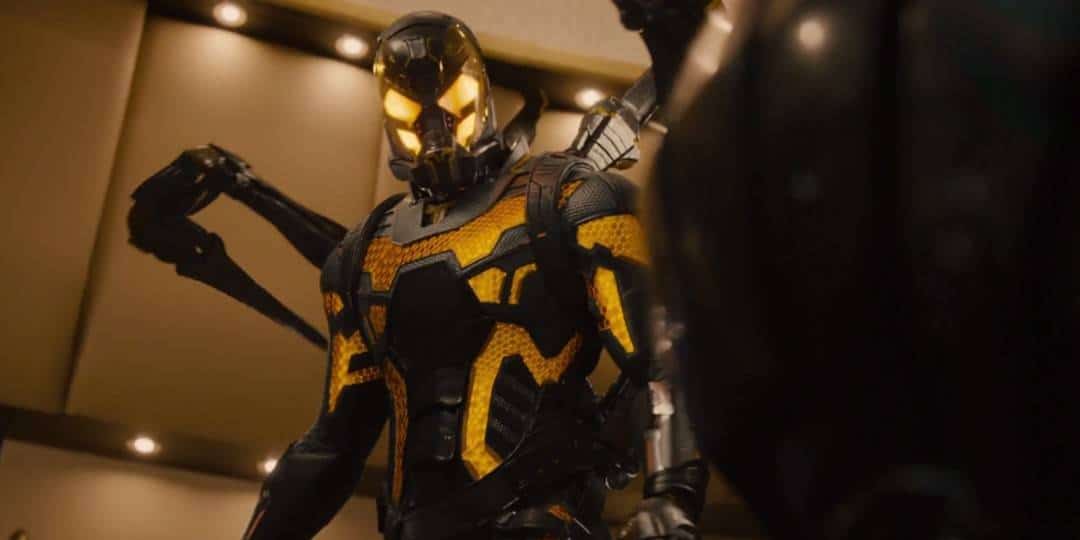 Relates: Meet the Antourage, 3 breakout stars of Ant-Man who steal the film

Will Yellowjacket be back for a sequel? Who knows, but if Corey Stoll has anything to say about it, he would be. Once or twice.

“Playing the hero, um, the contract tends to be longer.  I would love to reprise this role if that happens.  But I could be staring down the barrel of finding a 7 Picture Deal or a 9 Picture Deal like some people did.  That’s a big commitment and I don’t know if I was quite ready for that”. 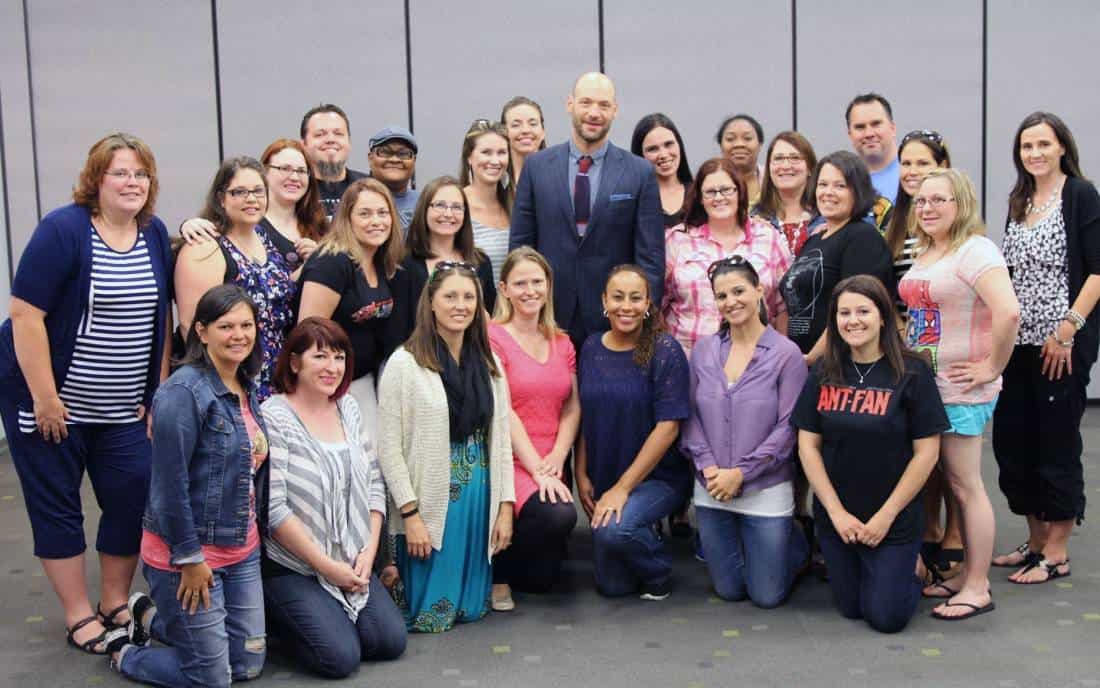