“I can tell you that my character’s name is Maz Kanata and she is a pirate and owns a bar”, laughed Lupita Nyong’o when asked about her character in the highly anticipated Star Wars: The Force Awakens (in select theaters tonight and nationwide tomorrow). 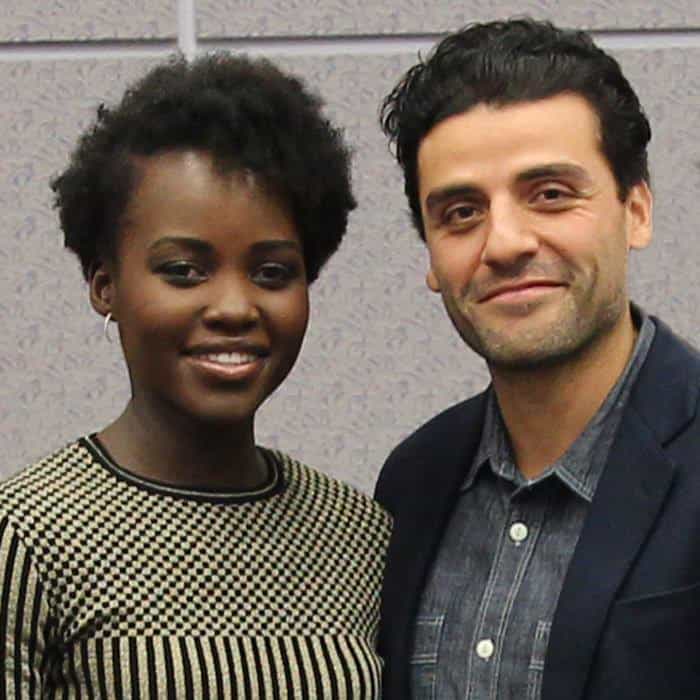 Lupita and costar Oscar Isaac (Poe Dameron) were very excited to be a part of J.J. Abrams’ sure-hit that follows what happens 30 after the demise of Darth Vader in Return of the Jedi.

Nyong’o continued – “When I signed on to play Maz they were still developing the character and her role in the film and what she was going to look like and all that and they welcomed me into that conversation which was really cool to see the early stages of her and how she’s evolved over time – because she’s CGI they’ve been working on her for a long, a long time. And then to finally see the film and to see what became of her and somehow it’s me but it’s definitely not me it’s bizarre. Then you see the whole film as well and it’s overwhelming. I mean it’s overwhelming and it’s beauty. It felt to me like a seamless continuation of the Star Wars saga and because what they’ve done is they have kept the integrity of the world that George Lucas created and somehow they have managed to integrate all this new technology and these new story lines and they work effortlessly together. I think the new fans will be equally thrilled by this amazingly creative world”. 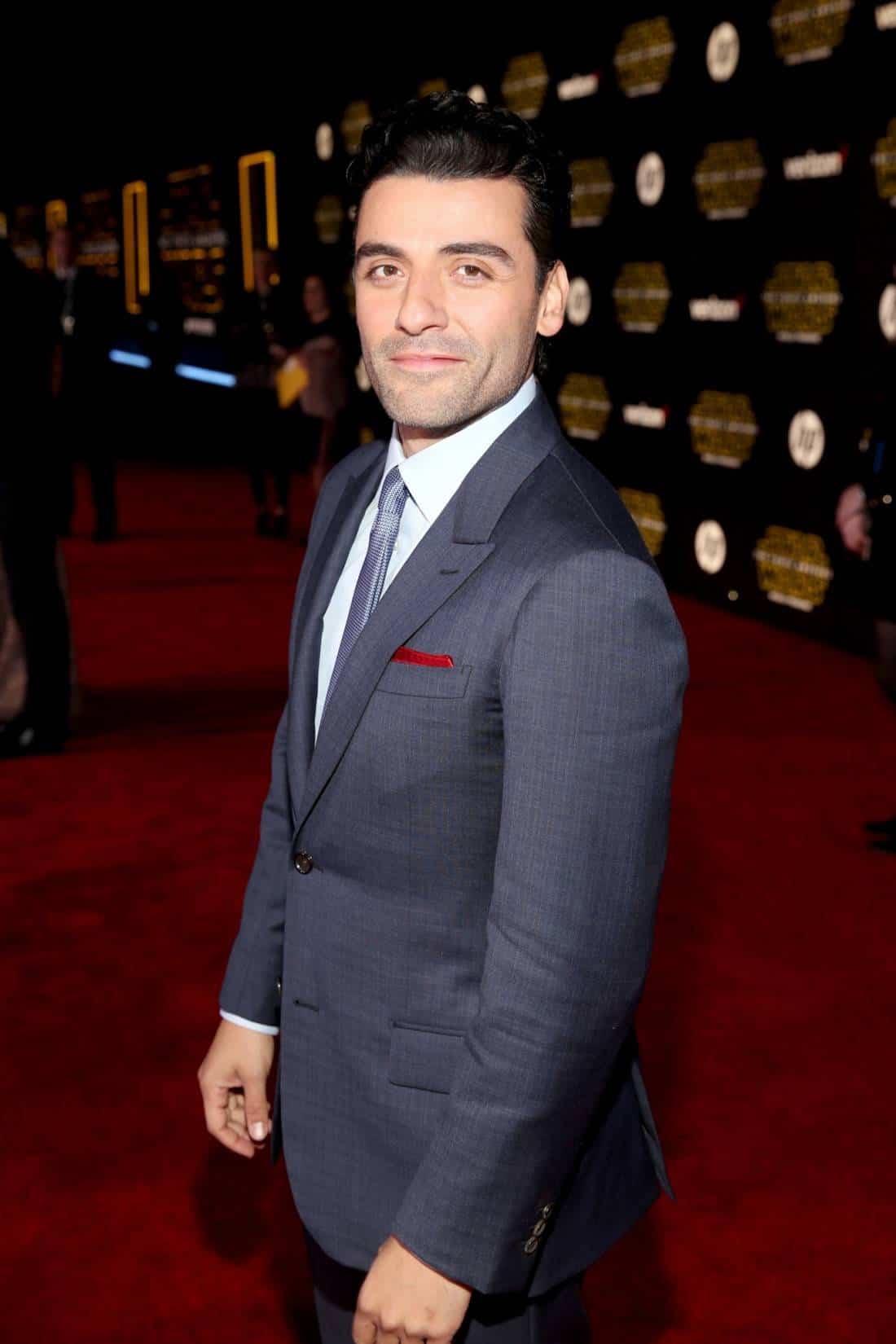 “It’s strange, added Isaac, “it’s difficult to process. It’s a lot of mixed emotions because you’re seeing it as a fan. You’re seeing the new thing. You’re exhilarated by that. You’re understanding what the world is because it’s one thing to see it all put together. So I was being affected as a viewer and then also the memories of what shooting was like and what takes were used and what takes were not used and what was moved to another place and how it affects the thing. So there’s so much going on that it’s a very trippy moment”.
Isaac’s character Poe is “committed to The Resistance and to defeating The First Order. “He believes in the force and he can be a little reckless in wanting to prove that he is a leader and a hero. I think he also has that swagger and confidence that comes from people that can soar above everyone else and do all these things at once like, like fighting a fighter jet and getting into these dog fights and be so close to the edge of death and that definitely influences how he operates in the world”. 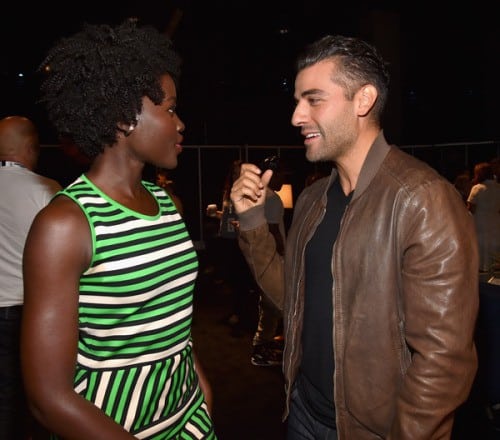 Nyong’o and and Isaac have been lifelong fans of the Star Wars franchise and have fond memories of seeing the early films of the series.

Lupita Nyong’o: “I was born into Star Wars. I feel it was a very normal part of my childhood. It would come on public holidays on the national television. We only had two channels so Star Wars was on and everybody watched it and everybody was familiar with it because it was all there was to watch on TV and we all loved it, so it was just a very normal comfortable, cozy part of my imaginative folklore. It wasn’t until being cast in it that I realized what it meant on a meta level to the world and how big the fan base is – how dedicated, how enthusiastic people are about this world that George Lucas created. It dawned on me for the first time stepping onto the actual set that I was a part of it because I looked around… these were these very expansive sets and there was so much detail taken into the creation of every single thing, the textures, the colors. You really did feel like you were on another planet and I think that was the time when I realized wow, I’m a part of something that has and will continue to go down in history.” 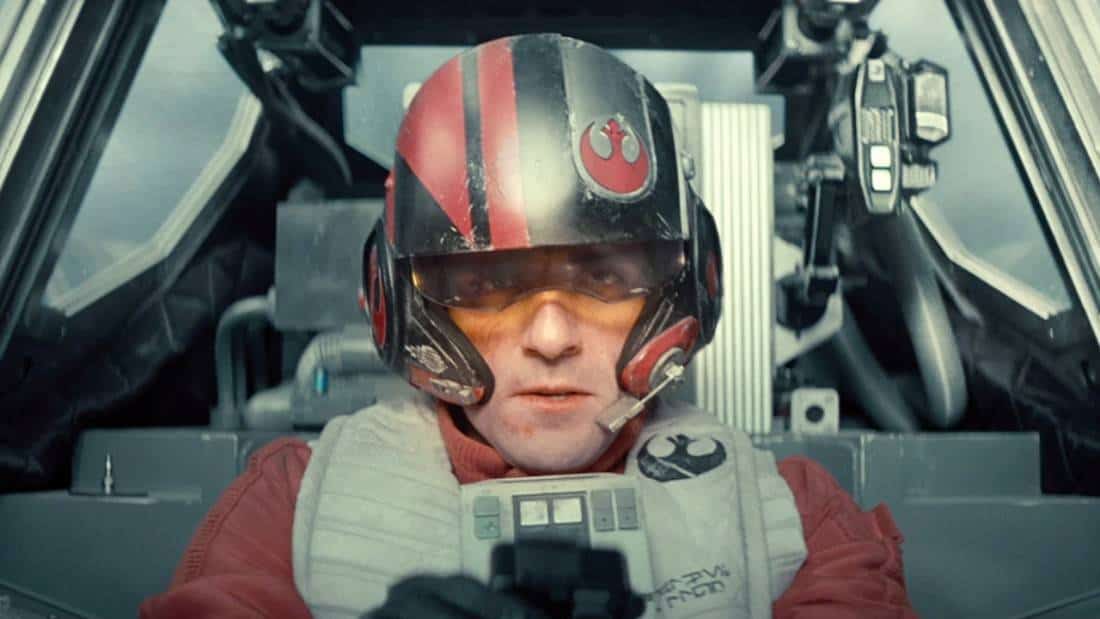 Oscar Isaac: “The first movie I ever saw in the theater was Return of the Jedi, amazingly. It’s pretty crazy so now that I’ve done this one. It kind of blew my little kid brain. I was a huge fan ever since and my family were very big fans, every time a new film would come out we’d throw themed parties and memorize the fight scenes to a T and terrorize my family with them. For me Star Wars always represented and meant quite literally coming together as a family, and having a great time and it was an excuse to do that. And then but at the same time it’s like that thing where there’s this ownership over it and there’s an intimate relationship with it and then also it just is something completely outside of my – anyone’s – real reality, then suddenly to actually be asked to join that and not only be in it but to contribute something and create a new character which it really was that. It was an evolution. The character changed so much from what originally was there when JJ and I first met to what ultimately ends up on screen. So it really did feel like creating something. It’s kind of hard to process because you start and especially now. you really feel that receding of all the water ‘cause the tsunami’s about to hit. That’s kind of what this moment is really where it’s just about to, to crest over and so yes, it’s, it’s not just a film, it’s a cultural phenomenon and it’s just hard to process”. 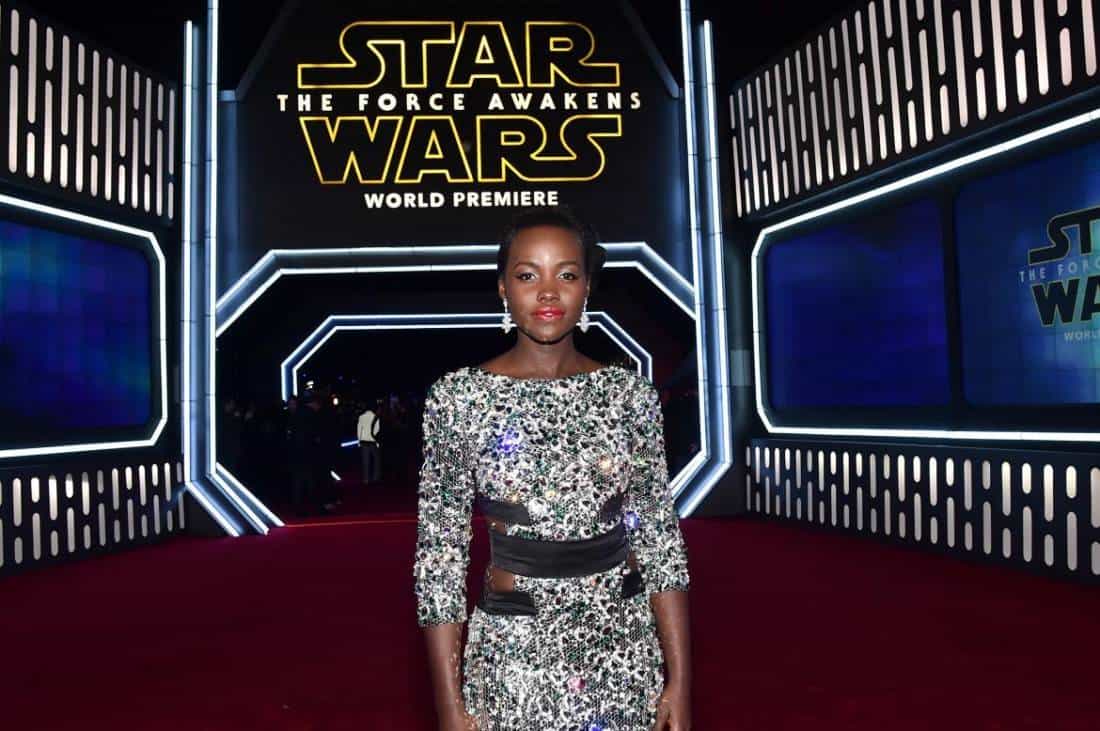 Nyong’o’s character toys aren’t being released until after opening weekend, but she says she “can’t wait” to see them. isaac’s toys are already out and in more merchandising than just action figures. There’s Poe sheets. There’s a cardboard cutout. There’s a gogurt.

“And I’m an emoji on Twitter. And I’m on a seat, like a beach chair type of thing. My face is right next to the butt area”, he laughed.

Oscar Isaac got his role fairly quickly. “I went in and I auditioned. I met JJ. And then a few weeks later I went in and I read with John and I took pictures, took some pictures next to Daisy. Just wanna make sure I wasn’t too decrepit looking”, he laughed, “and then I did a couple of scenes and then that moment when I found out at the hotel that was about an hour later when I went home.  [When I found out] I was in a hotel room in London so I just blasted the Star Wars theme and I grabbed the shampoo bottle and started using it like an x wing. That’s what I did!”

For Lupita, this was the first time she had ever played a completely CGI character, one of the few in The Force Awakens. 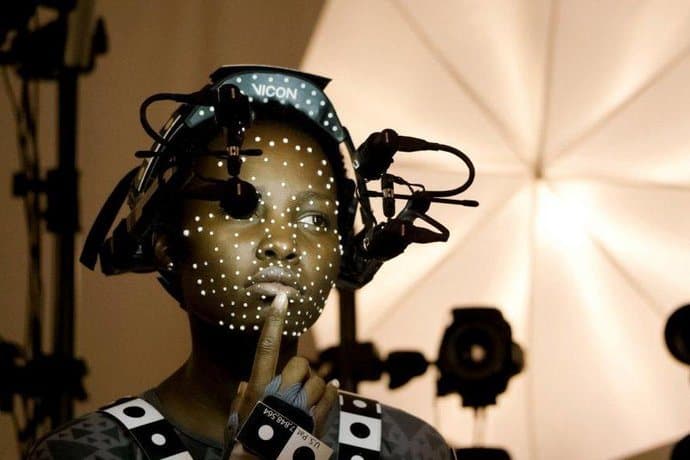 “I was immediately intrigued by it and motion capture was something that I was interested in doing because I think it offers the actor a unique opportunity to play something that’s not limited by your physical circumstance, especially after playing Patsey (12 Years a Slave) who was so much about my physical circumstances. I wanted to get as far away from that as possible so that I’m not trying to second that experience at all and I can learn something, be in a completely new turf and for me motion capture was that”.

Coming up, Oscar Isaac has a movie called The Promise – “The film takes place in the beginning of World War One in Turkey and I play an Armenian doctor in it”.

Lupita is heading to Boradway with fellow actress Danai Gurira (Michonne of ‘The Walking Dead’ fame) called Eclipse -“we’re moving to Broadway in February so very excited about that. It’s gonna be the first play on Broadway that is written by a woman, directed by a woman and starring just women. So that’s a great milestone”.