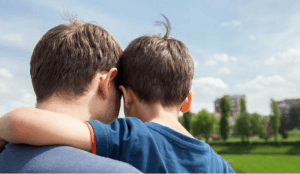 Most parents don’t like to think about the possibility of not being around to watch their children grow up. The very idea of designating someone else to care for their kids in the event that they die or become incapacitated is often too painful and difficult to contemplate.

However, there is always a risk that one or both parents will not be able to care for the children until they reach adulthood. Illness and accidents do happen, so it’s important for parents to have a plan in place for who will care for the kids if the unthinkable occurs. It’s not enough to simply assume that grandparents or other family members will take the kids in if their parents die; in fact, in some places, the children may even have to spend time in state custody before permanent living arrangements are made.

For that reason, designating a guardian for your children is a vital part of estate planning and writing wills. There needs to be an official written record of your wishes in order to ensure that your children go to live with the person or people that you want them to, and that the transition is as smooth as possible. That being said, it’s also important to designate a temporary guardian as well as a permanent one.

What Is a Temporary Guardian?

Imagine that you and your spouse are killed in an accident while your children are at school or with a babysitter. When you don’t arrive to pick up the children, there’s a good chance that the principal or sitter will eventually call the police. Unless you have designated a guardian with the legal authority to gather your kids from the police or the school, there’s a good chance that your kids will be placed in state custody until the permanent guardian can be located, or the courts determine who will take custody of the children going forward.

This is especially important when permanent guardians live a great distance away. If you are only temporarily incapacitated, your kids can stay nearby, go to school, and maintain their normal activities. If you have died, the temporary guardian can care for your children until the permanent guardian arrives and all of the details are worked out.

Essentially, declaring a first responder or temporary guardian serves as protection against your children going into state custody — i.e., foster care — while your will is located and read and the designated permanent guardians are located. 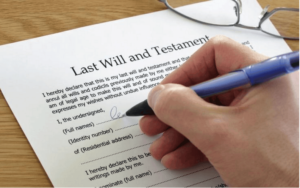 Still, you want to choose a guardian that your children are comfortable with, since chances are they will be dealing with some significant emotions should the need for a guardian arise. Most experts recommend designating a nearby relative, a close family friend, a neighbor, or the family of one of your child’s friends.

Before you draw up your will, talk with the person you chose to not only ensure they are comfortable with the role, but that they know what to do in the event of an emergency. It’s also useful to include information about the temporary guardian in any childcare documentation; for example, school emergency contact forms should clearly identify the temporary guardian, and any childcare providers in your home should know to contact the guardian in the case of an emergency.

Once you have drawn up the paperwork designating the temporary guardian, give him or her a copy so that, in the event of an emergency, it can be supplied to show that they have clear legal authority to take custody of the children. Your temporary guardian should also have the contact information for the permanent guardian, to begin the process of permanent custody if necessary.

It may not be pleasant to think about the possibility of something happening that will keep you from raising your kids, but making these decisions now can prevent problems and trauma in the future.