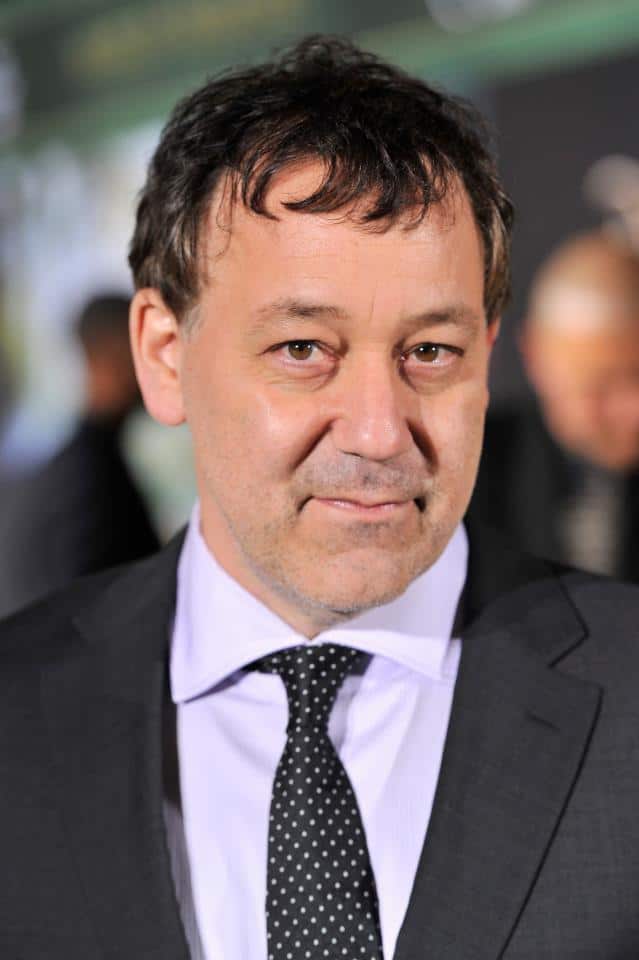 I (along with 24 other bloggers) had the honor of interviewing acclaimed producer/director Sam Raimi about the upcoming film Oz: The Great and Powerful (in theatres March 8)

There’s no question that Sam Raimi is the master of  the horror genre – classics such as The Evil Dead films, The Grudge, and Drag Me to Hell are all a product of his fantastic directing and/or producing. But Sam also is the talented director of The Spiderman trilogy, the critically acclaimed film A Simple Plan, and now travels yet another path (the yellow brick road, if you will) to Oz: The Great and Powerful.

As Sam walked into the grand meeting room at the Langham Huntington Pasadena, you could sense the sheer power and determination he has in his career. But there was something else. Something I didn’t quite expect. There was a hint – just a hint – of giddiness. An excitement. A light shone in Sam’s eyes that made you think – you KNOW – that he truly cared about this film and was proud of his work. And he should be proud – the movie was spectacular! I was incredibly humbled to be in the presence of such a talent. Sam Raimi is one of Hollywood’s jewels. 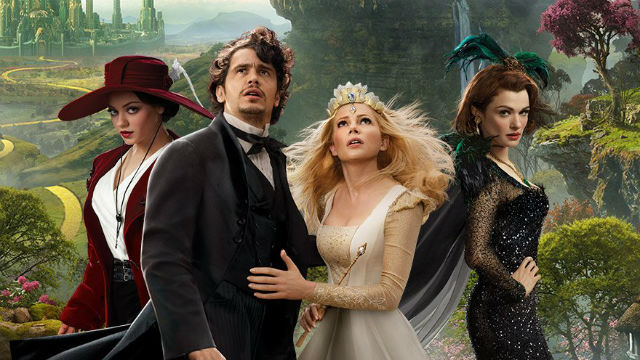 What’s it like having the weight of the Oz movie on your shoulders?

Sam: I had a great sense of responsibility not to tread upon the good name and the beloved classic, “The Wizard of Oz”. That was my biggest fear. And that was a heavy responsibility. In fact I didn’t even want to read the script. When I heard it was a prequel to “The Wizard of Oz”, I said, “I don’t wanna mess with that classic!” And so I didn’t read the script. And then a couple weeks later I was looking for a writer. And somebody said, “Read this. It’s a writing sample.”

So under that auspices I read the script. And I thought, “I’m falling in love with this story and this world and these characters.” And so I thought, “That’s why I have to make this movie – because I feel uplifted by the end.” I love watching the main character, this selfish guy found a little bit of goodness in his heart and learned how to become this selfless individual. And that — and that could be really uplifting for the audience. So it’s really those things that drove me to make it. And I thought, “If that’s really what I make the movie about, I won’t be treading on the good name of ‘The Wizard of Oz’ at all because it’s another positive story.”

How did you make your judgment call on what was going to be too scary and how to reign back the scary so that that it still was a child’s or a family film?

Sam: That’s something I was weighing all throughout the process. In the writing of the script I’d made sure there was no violence because I really wanted to make it a family picture. And there really isn’t any violence in the film. The worst it gets is when these real scary baboons come out of the mist where they go looking for our main characters so they hide in the cave, or there’s a scary witch at the very end. But I thought, “I changed the makeup once or twice to make it a little less scary.”

But then when I think back on ‘The Wizard of Oz – they used to show it like every Thanksgiving or every Christmas. I can’t remember which. I remember thinking, “This is the sweetest movie I’ve ever seen. But it’s also the scariest.” So I wanted to make it — I tried to find a line like you’re saying where it’s scary for the kids, but not so scary the parents think, “I shouldn’t have brought my child to see this.”

Just to the edge where the parents are about to take the kid away but the kid’s going, “No, let me stay.” (he laughs…) So I was trying to — to find that line actually. And I thought, “If there’s no violence and good wins out,  then I think we should have a good scary witch and a good, frightening moment with the baboon.” But I hope I found the line. 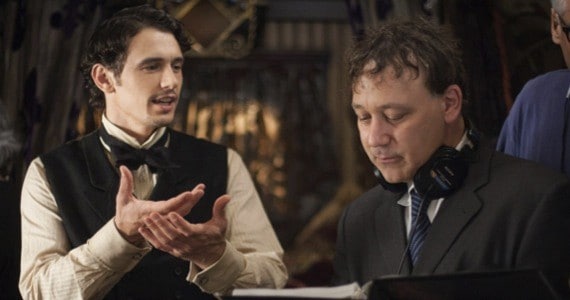 Did you always want James Franco for Oz?

Sam: No, I wasn’t thinking about James. I had a long relationship with James and I really liked him very much. But I was thinking, someone like Johnny Depp would play the part or maybe one or two other actors. And it didn’t work out for them. And then I heard that James was interested. I sat myself down and I thought, “I never considered James. But he has the qualities,” that I needed – and those were good and bad qualities.

This was the story of a real heel. A cad. A two-timer. He’s not a good friend. He’s a very selfish individual. Yet he wants to be great. He wants to be something more. He just doesn’t know how. He doesn’t know what true greatness is. And through the love of this little girl (China Girl – Joey King) who looks at him like a father and through a flying monkey (Finley – Zach Braff) who like a good friend demands he do the right thing. And wanting to become worthy of Glinda’s love, he grows as an individual and finds a little bit of selflessness in himself.  And in so doing becomes the great thing he always thought he could be.  Never expecting that that was the route to become this great wizard.

As a young man I had seen James be a little selfish. .  And then through the years as I worked with him I saw a generous spirit emerge working with the other actors. I saw kindness, a consciousness form. I saw these good qualities emerge until he became a friend of mine, not just an actor and a director.  And I thought, “Because I’ve seen this in his real life, he’s a good enough actor.  I think we can make this work on screen.”  That’s really what it was.  And that’s what casting’s about for me. Finding the essence of the character in a person. Sometimes a great actor comes in but they’re not the essence of the character. But James had all the qualities. And I’d seen a little bit of human growth within him in real life. So I thought he could portray this type of growth.

Which character would you say it your absolute favorite out of all of them?

I admire Evanora (Rachel Weisz’s character) because she’s so nasty. And she doesn’t try and hide it. I admire that about that character. But I think I love Oz (James Franco’s character). There’s so much I can identify with personally. I understand wanting to become a better person. I mean it’s a dream. Whether I’d ever have the courage of that character to do what he did I don’t know. But I can relate to the character. But I love the China Girl (Joey King).  She’s – for me – my sweetheart.

Can you tell us about the selection process for the actors that you chose?

I would meet different actors and they would come in and we would talk about the role. And I would try and get a sense of who they were. It’s very difficult because they’re trying to impress you and trying to look pretty or handsome and be charming. I’m thinking, “Yeah, but I’m trying to see if you’ve got real goodness inside you. Can you play Glinda? Do you have a sincerity of your soul?”

It’s hard in an interview situation because they’re pretending to be something, you know, and I don’t want that. I really want to know who they are. So as quickly as I can get past the niceties and really start talking to them, the better for me to really understand who they are. We would discuss the work. And if we found that we were talking about the same thing and we’re really connecting.

How different was it working on this movie as opposed to other movies that you have directed before?

Sam: Well the size of it was enormous – that took some getting used to. Because the Land of Oz is how Frank Baum wrote it – it has such impassible deserts, fantastical waterfalls, outrageous mountains and woods. We couldn’t really go and shoot Ireland and let it work for the green hills of Oz. Or we couldn’t shoot some great New Zealand mountainside because it just wasn’t outrageous and unique enough. So everything had to be created.

And working with the great production designer Robert Stromberg – he did that by creating the smallest things first. The smallest blade of grass. What does it look like in Oz? What does the smallest blossom look like? And then multiplying by a thousand to see what a field might look like. And then working into building each individual tree to make it a unique thing. And everything — everything had to be created. There was not a pocket watch that should have been, you know, manufactured by some Swiss company. No,  it had to be an Oz watch. So the enormity of building a world  was the most difficult job.

Thank you to Sam Raimi for this fantastic experience and sharing your vision of Oz with the world.

I really loved learning about how he selected the actors and actresses!