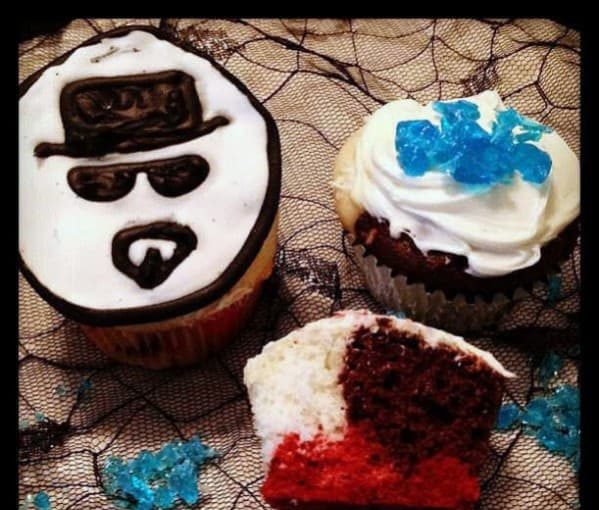 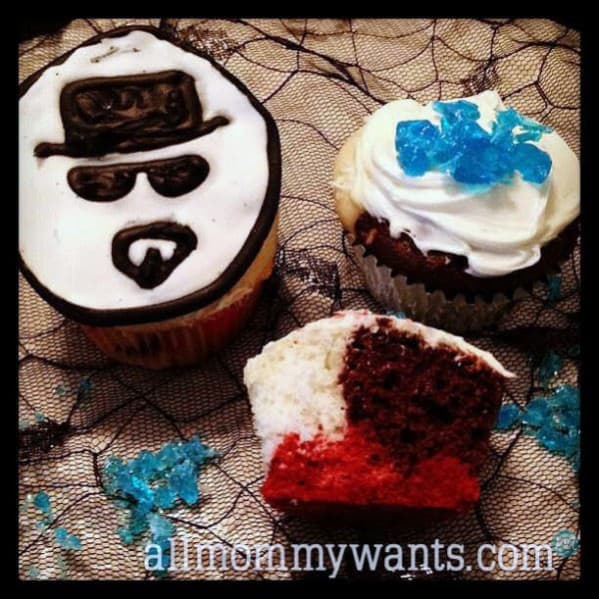 One of my absolute favorite shows is Breaking Bad – it’s really a great show. If you haven’t seen it – NETFLIX!!! I decided to make some awesome Breaking Bad cupcakes in honor of the series finale (9/29/2013). Here’s how I did it!

Instructions:
Preheat oven to 375. Start by making the Devils Food and White cake mix according to directions. Line cupcake pan with liners (I like silver or black). Put about 1/4 of Devils Food batter into separate bowl and add a few drops of red food coloring. Drop a tsp of the red batter to the bottom of each liner and spread it around a bit (this represents the lives Walter has ruined). Spoon devils food and white batter on top so that you have half of each (representing Walter White and Heisenberg as dueling personalities). Bake 13-17m or until toothpick comes out clean. Allow to cool

Frost cupcakes with spatula or back of spoon. unwrap blue jolly ranchers and place in plastic bag and crush with a hammer. Sprinkle on top of the cupcakes – serve immediately, the candy will melt over a short amount of time!

Royal Icing – mix ingredients together in a mixer for 7-10 minutes or until shiny and stiff peaks form. Spoon half into pastry bag or ziploc and set aside. Add black food coloring to the remainder until it looks dark gray – it will darken more as it dries. If your icing becomes to liquid add a tsp of powdered sugar until the right consistency. Add that to a plastic baggie or pastry bag.

*Royal icing will start to dry immediately, so it’s important to either use right away or seal. Also keep a damp paper towel handy to cover the tip of the bag to avoid drying out when you aren’t using it.

Print out the Heisenberg faces and place under a large sheet of waxed paper. Cut the tip off of the black bag – not too big, you want the hole to be about the size of a pin head, maybe a little bigger. Pipe along the lines of the black part of the face, including the black circle around it. Then cut the tip off the white bag and fill in the remaining. You may want to use a toothpick to spread it around. Put completed decorations in a cool dry area (NO fridge!). They should harden anywhere between 2 hours – overnight.

Frost cupcakes with white frosting. delicately remove the decoration from the waxed paper with a spatula or butter knife and place on the cupcake at a slight angle up. 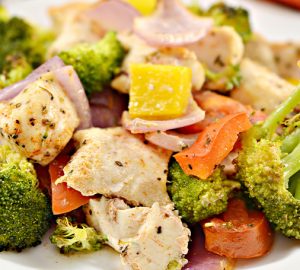 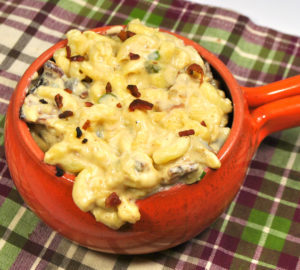 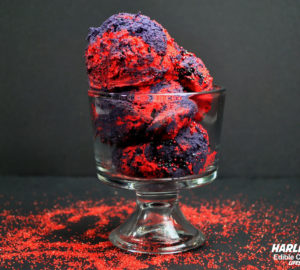 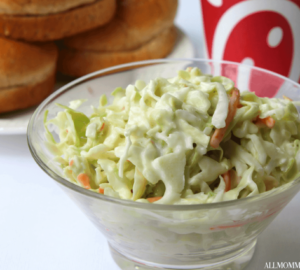