This post is sponsored by StoreWALL. All opinions are my own. 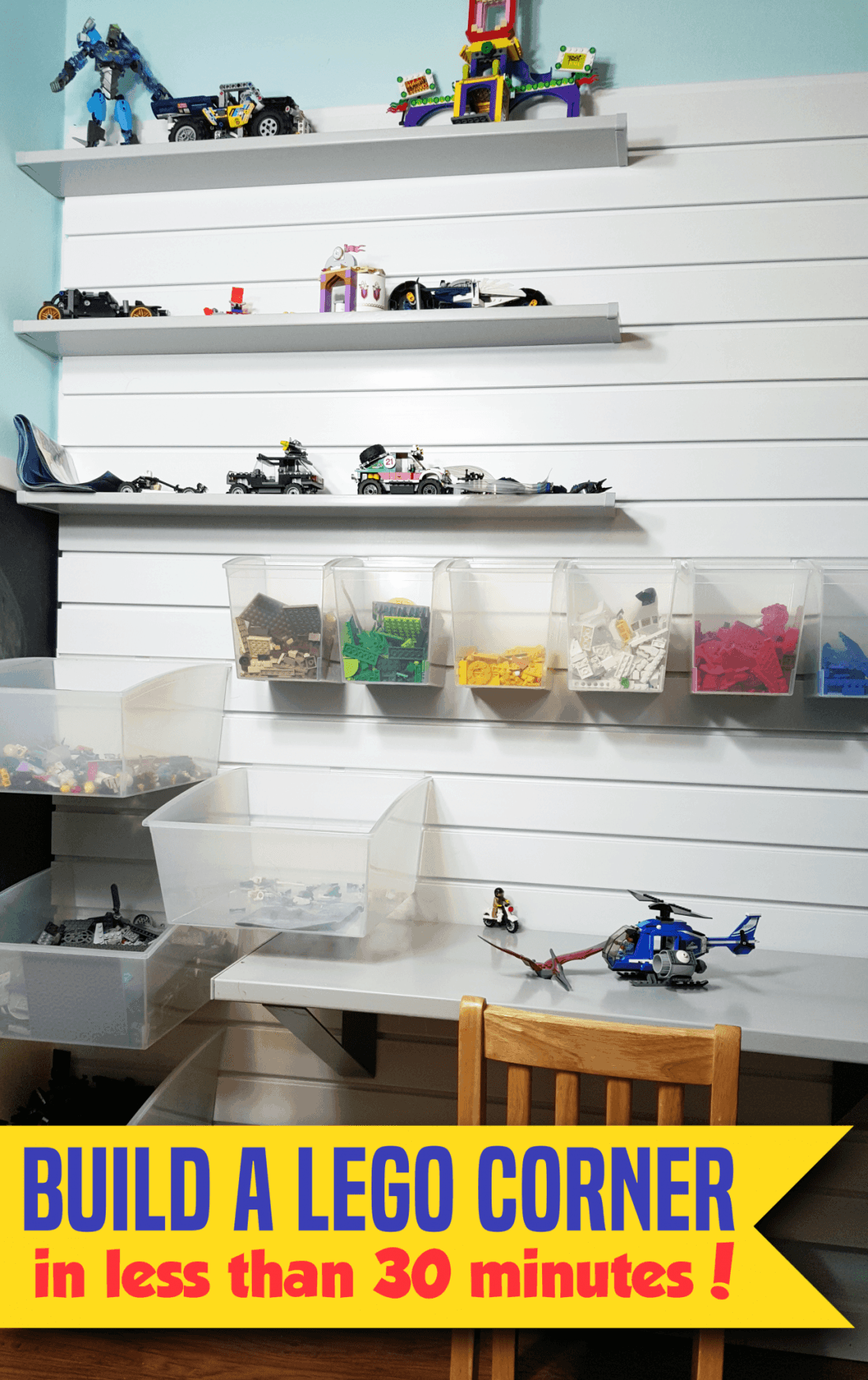 When I had my twins I had no idea exactly how many toys they would actually have. My son’s favorite has been LEGO sets. He has (I’m guessing) thousands of LEGO bricks! The problem I was running into was that not only was he having a hard time finding that particular brick he wanted for that particular build, but the masterpieces he did build ended up being trampled or broken apart and tears would ensue. He’s so proud of his creations. 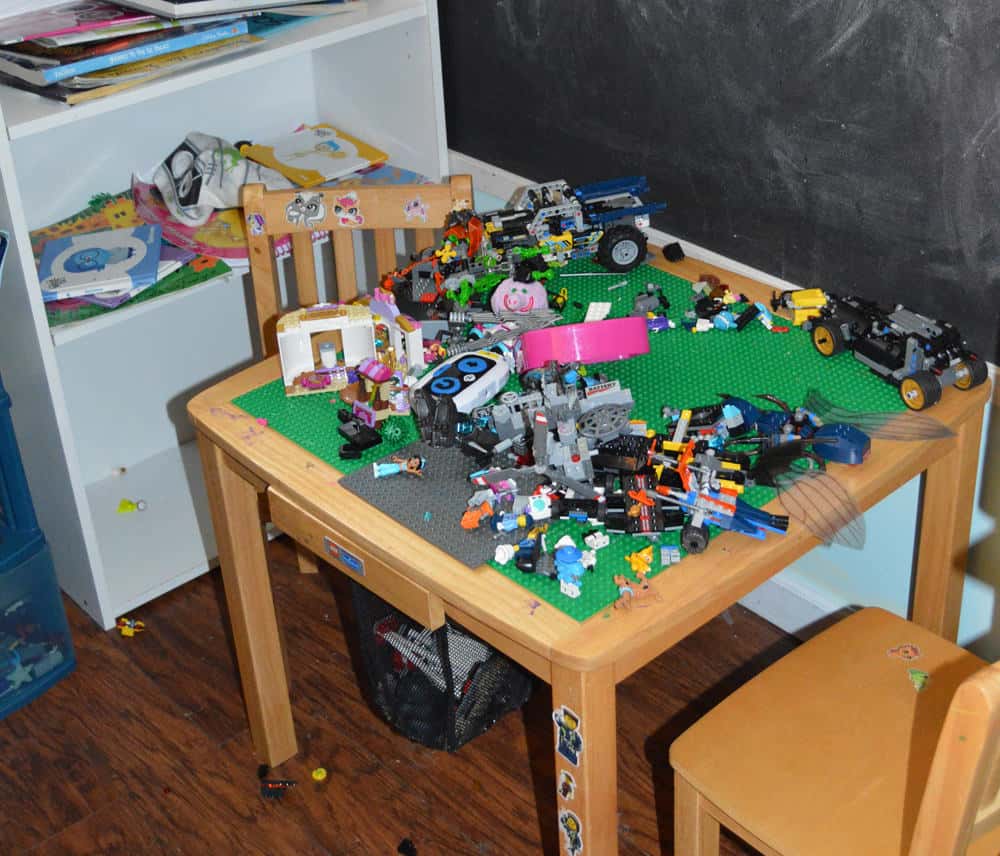 I tried plastic drawer bins, but the bricks would end up all over the floor or breaking the bin drawer from the weight. I tried a fabric drawer system and the drawers collapsed. There are simply to many to put in a case. I knew I needed something long-term and structurally sound. So I called my friends over at StoreWALL and asked for some help and advice. I had worked with them last year on a crafting area and was pleasantly thrilled with the results so I knew if we collaborated it would be a home run. 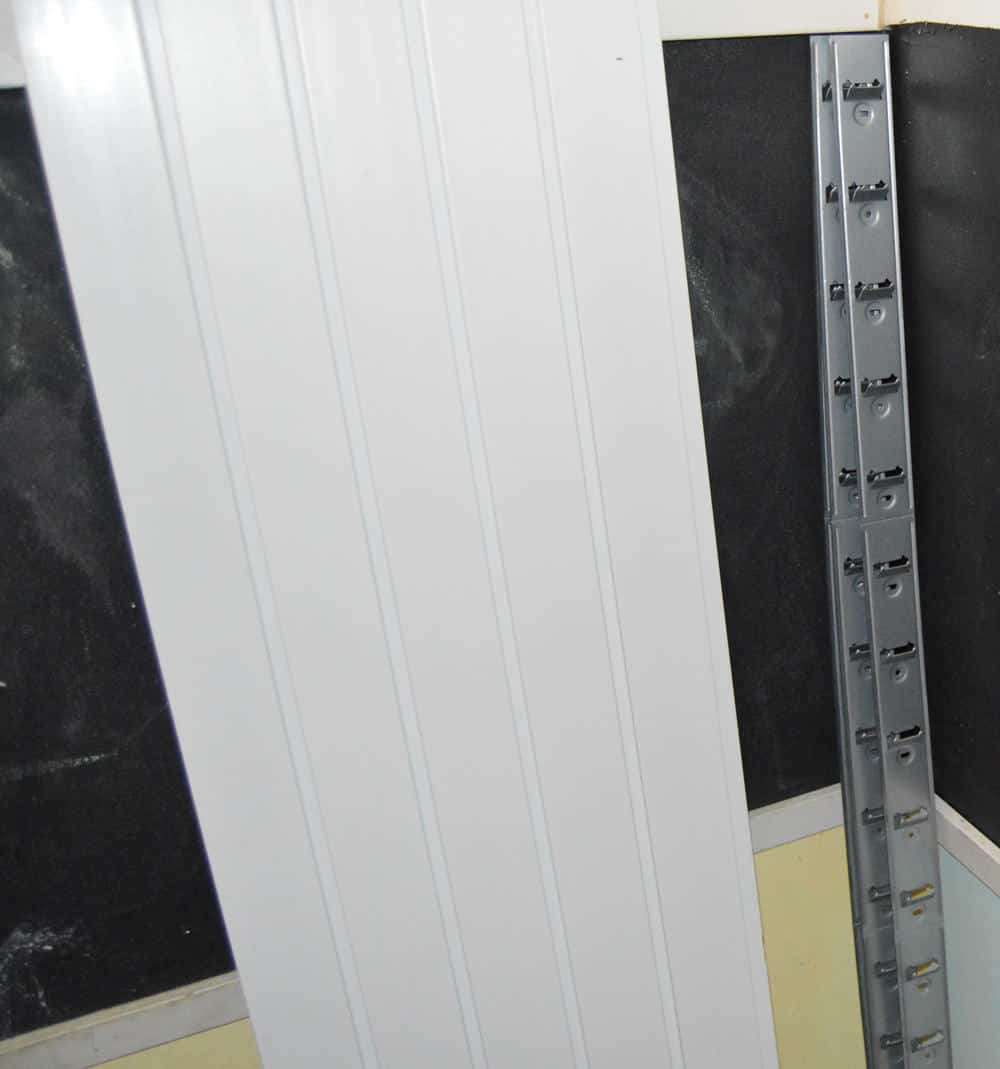 ALL PRODUCTS CAN BE FOUND AT STOREWALL.COM

First thing I did was separate and clean the LEGO bricks – the easiest way to do this was place them in mesh washing bags (found at Dollar Tree!) and let them soak in a hot soapy tub for a while, rinse and let dry. You can also put the bricks in the mesh bags and place in your dishwasher. 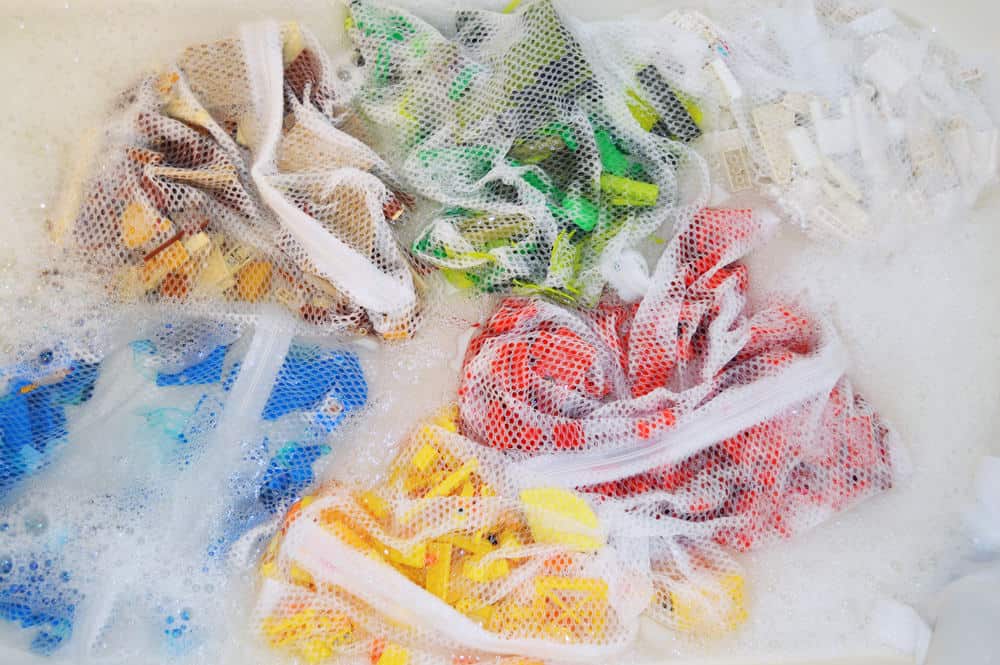 The separating took a while because of the sheer number of bricks this boy had. But really that’s the hardest part.

The installation of the slatwall was incredibly easy. It is a matter of measuring where you want them, screwing the brackets to the wall, and hooking the slatwall on. That’s IT. Took me 10 minutes. After that is was a matter of finding the right configuration for my son. We decided to use all of the cube bins and 3 of the jumbo bins for storage, then the last jumbo bin is being used as a “working bin” – when he gets a new set the new pieces get dumped into this bin and not on a table, keeping it all together and making it that much easier to find the right piece. When he’s done playing he can put everything back in that bin and easily reorganize the colors in the right bins. Genius. His completed creations that he wants to keep together go on the shelves to be displayed or played with and not destroyed underfoot. 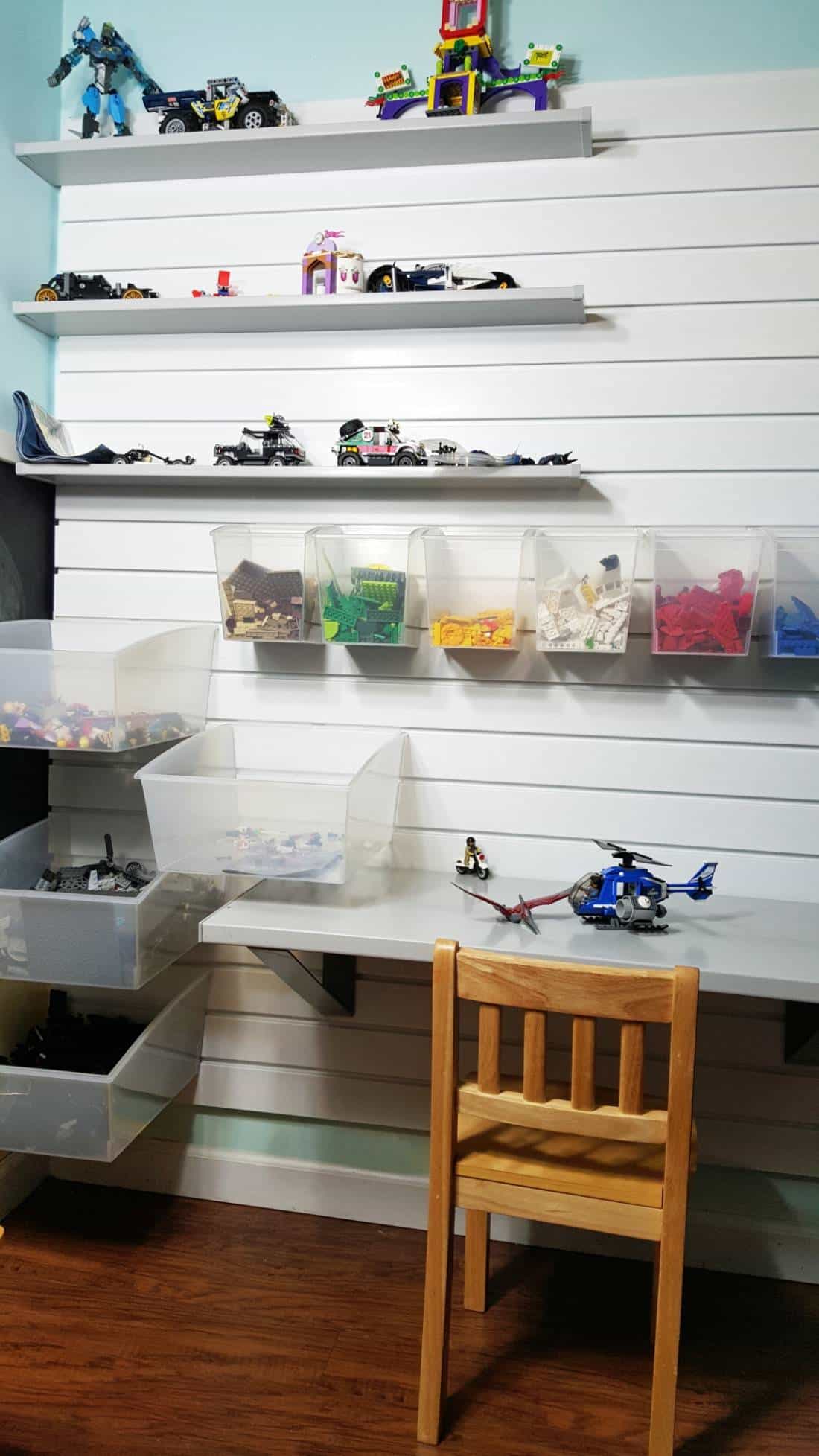 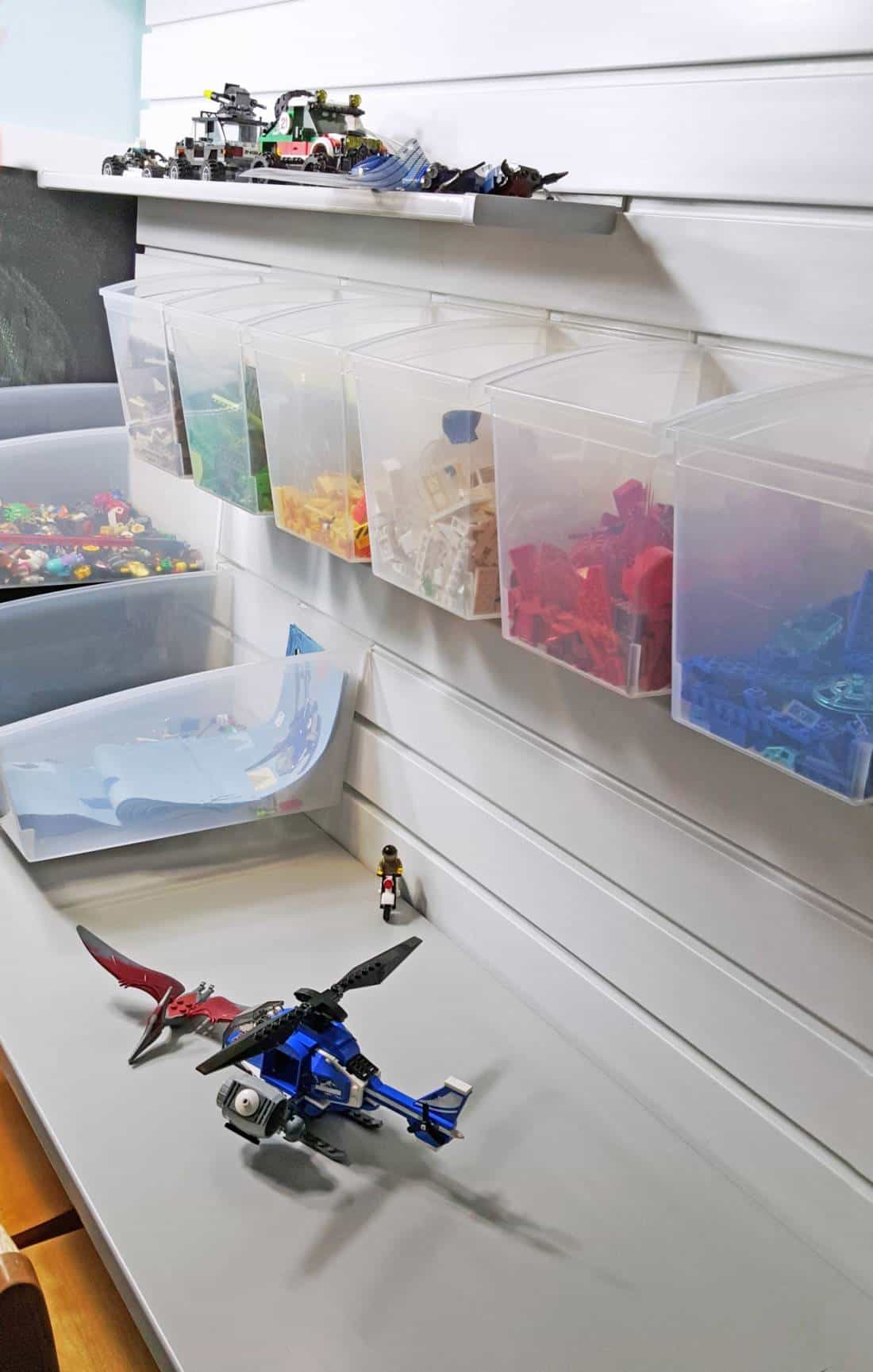 Not only is this giving him his own special space, but it’s also teaching him some responsibility, something that every child needs to learn! 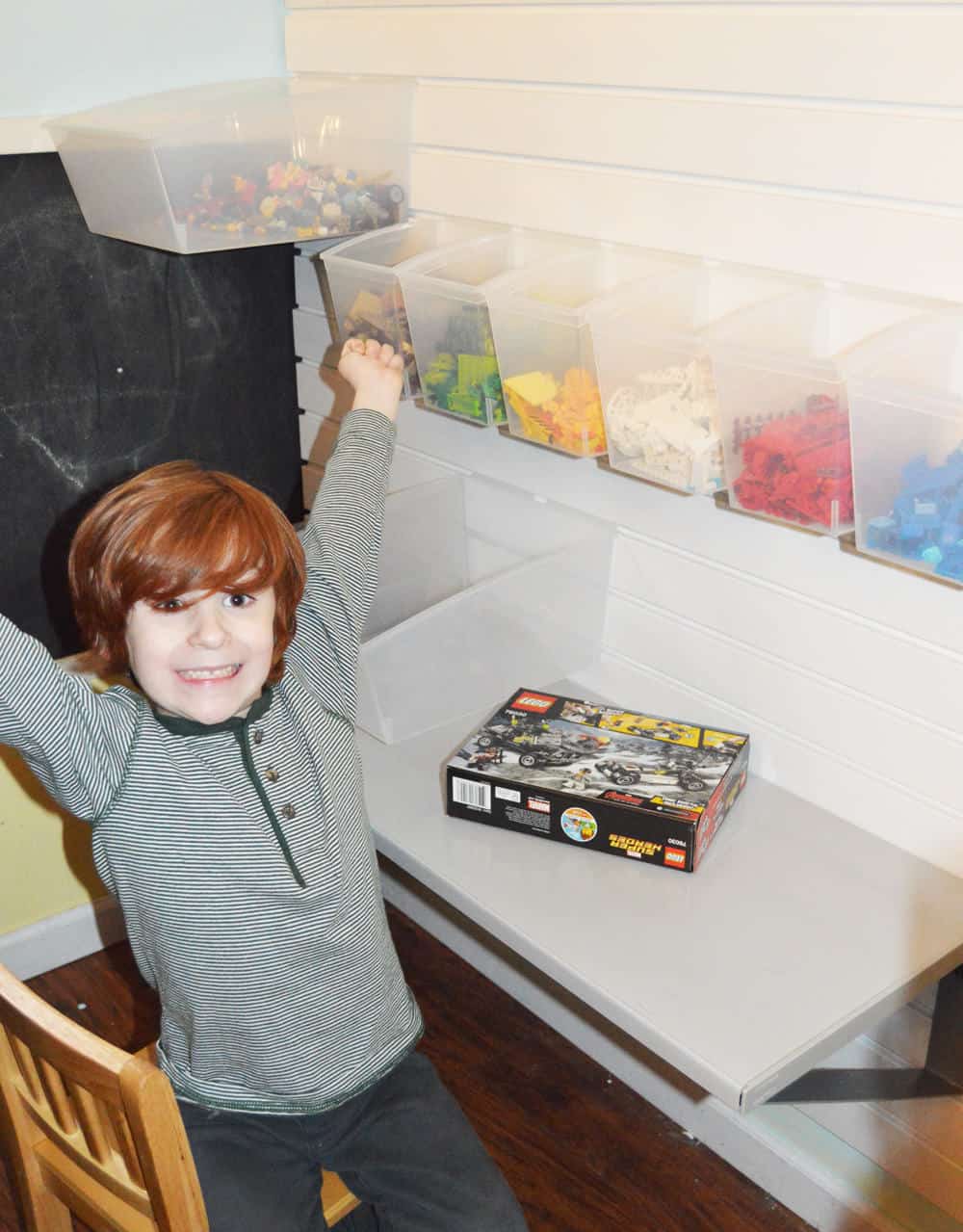 The best thing about this setup is that it’s COMPLETELY modular – you have totally make it work wherever and however you want! And it keeps my little boy super happy because now he can find any piece he needs 🙂

I know this is an old post, but wondering if the work table in the picture is simply a shelf from storewall?

[…] Also be sure to check out my tutorial on how to make a LEGO Corner for playing and storage! […]

I NEED this for all three of my kids rooms! It's awesome. They have so many toys this would work for. I'm adding Storewall to my list.

That is so smart Carol! When I was a kid, I had a GIANT box full of LEGO/Playmobil. I would dump it on the floor and then dread how long it took to put everything back, lol!! This is such a great way to store it, and keep it out of your feet. ;)