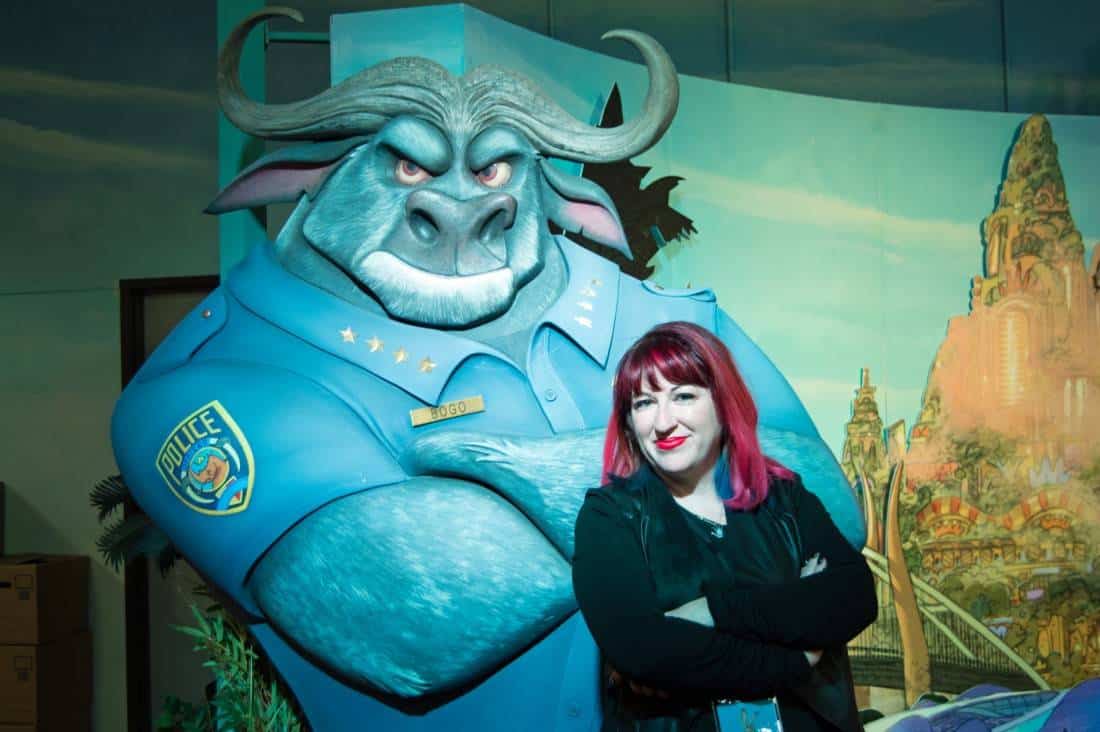 Last month I had the pleasure of visiting Disney Animation Studios – actually the temporary location while the actual studios were getting a well-deserved makeover. While at the studios I got to talk to Writer and Co-Director Jared Bush, Writer Phil Johnston, Co-Head of Story Josie Trinidadand Head of Editorial Fabienne Rawley along with Head of Animation Renato dos Anjos and Animation Supervisors Nathan Engelhardt and Chad Sellers about the process of bringing these animals to life while making sure they were accurately depicted and no detail left out.

STORY SAFARI: FROM WORD TO DRAWING TO IMAGE 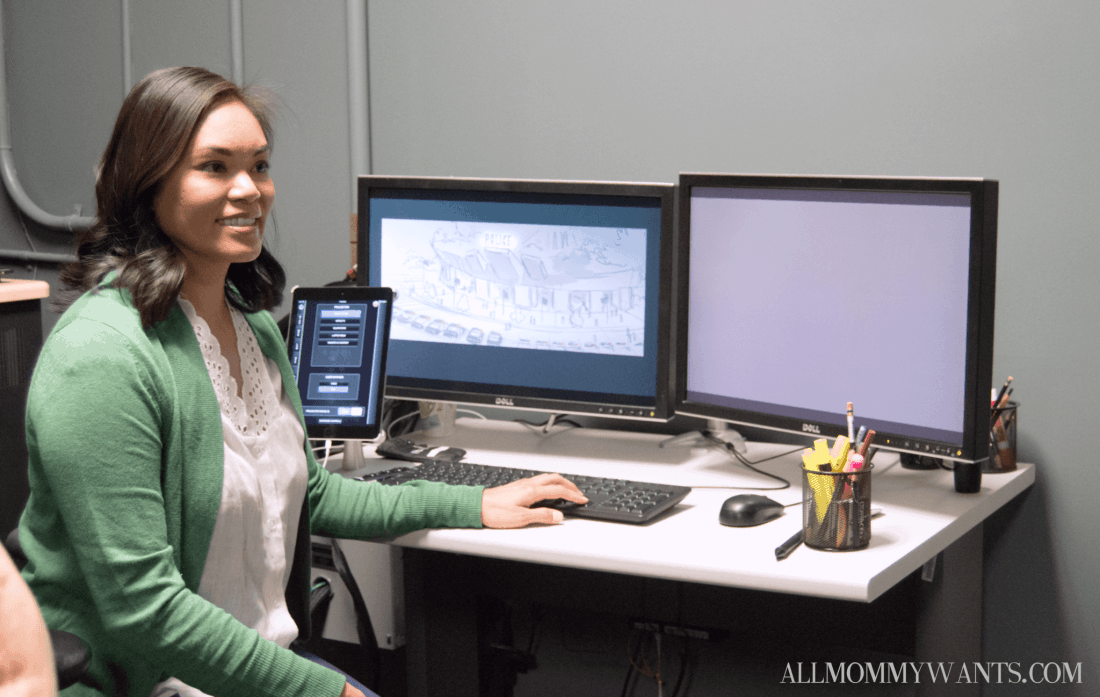 Josie Trinidad had a special connection with Judy Hopps, the protagonist bunny in Zootopia. In a particular scene, Judy has just moved to the big city and beginning to regret her choice. “This is the exact same thing I went through when I moved to New York,” she explained. Although the scene changed a little bit from inception to final, the piece is still near and dear to Josie’s heart. 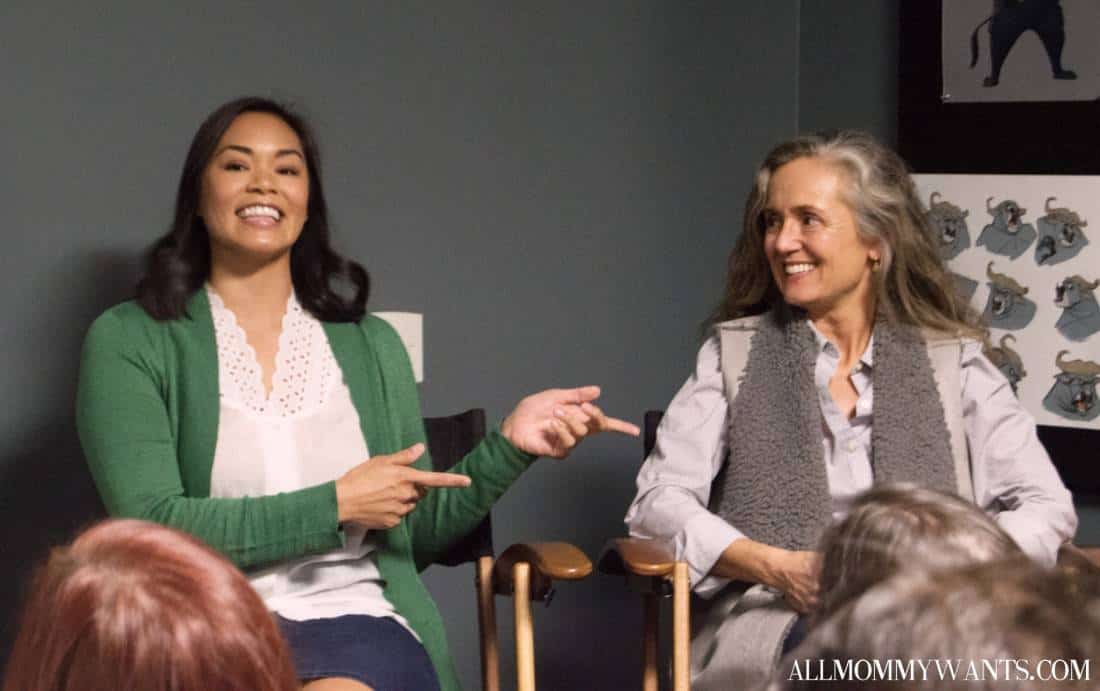 Co-Head of Story Josie Trinidad (left) and Head of Editorial Fabienne Rawley talk about what it takes to animate a scene of Zootopia.

Fabienne Rawley explained that the scenes are constantly changing from beginning til end and uses her crew of animators to quickly draft those changes, sometimes given only hours to change an entire scene. “We keep them busy,” she laughed as she talked about dropping everything to get a scene drafted. To make it more streamlined, their work stations are all interconnected for instant results. 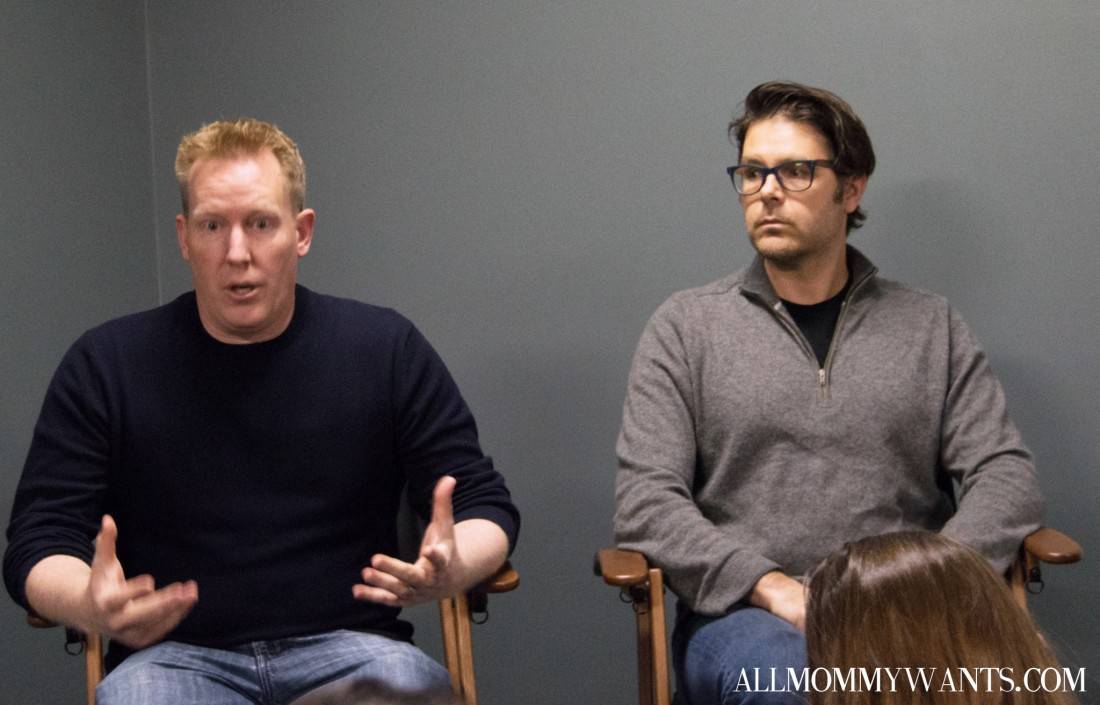 Writer & Co-Director Jared Bush and writer Phil Johnston talk about the changes of the story and how many great ideas never make it to the final cut. “You can’t be attached to your work here,” said Bush. “The story is always changing and never finished until it opens in the theater”. That’s right – the movie – from story to animation to sound can change literally the day before the release. 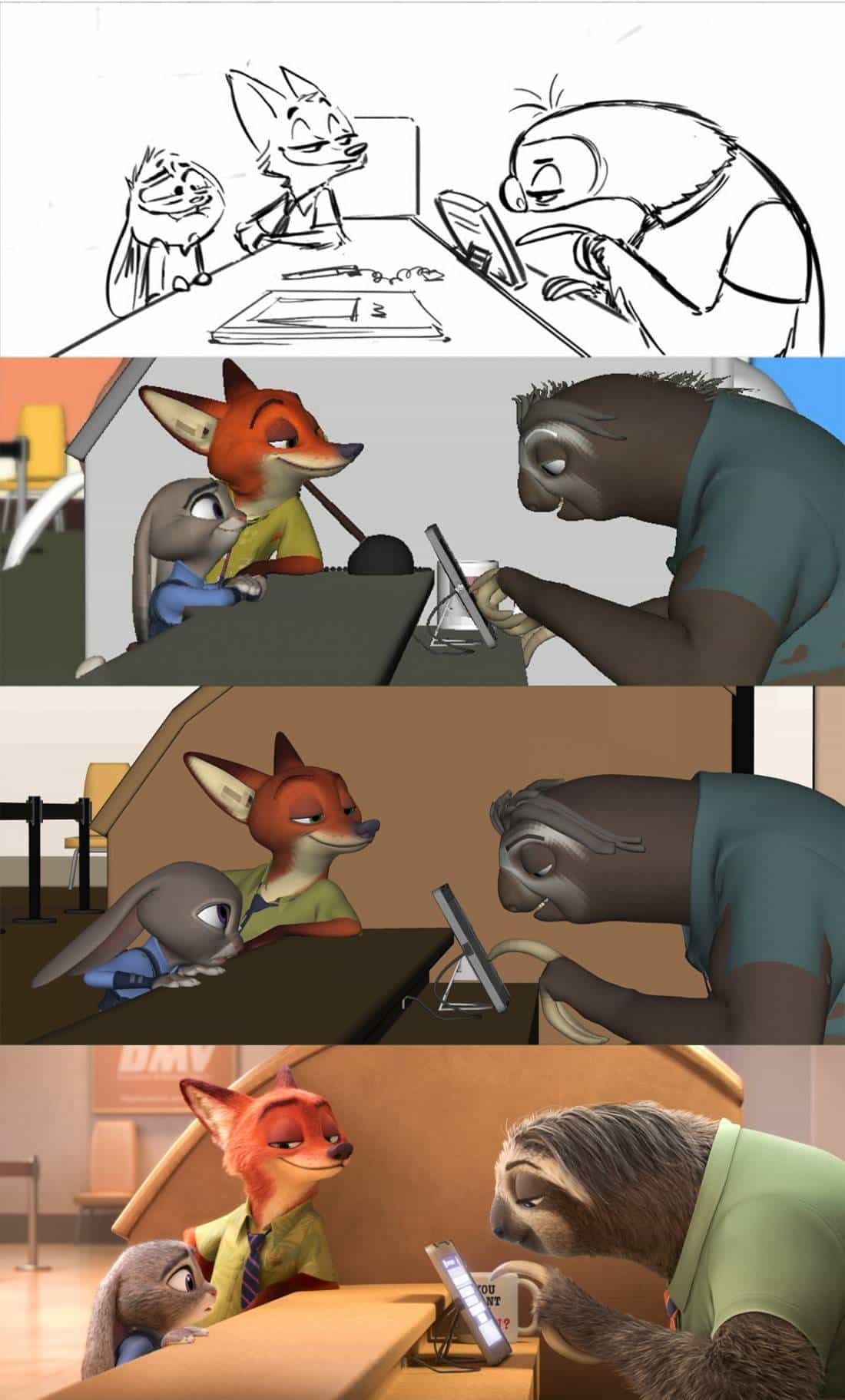 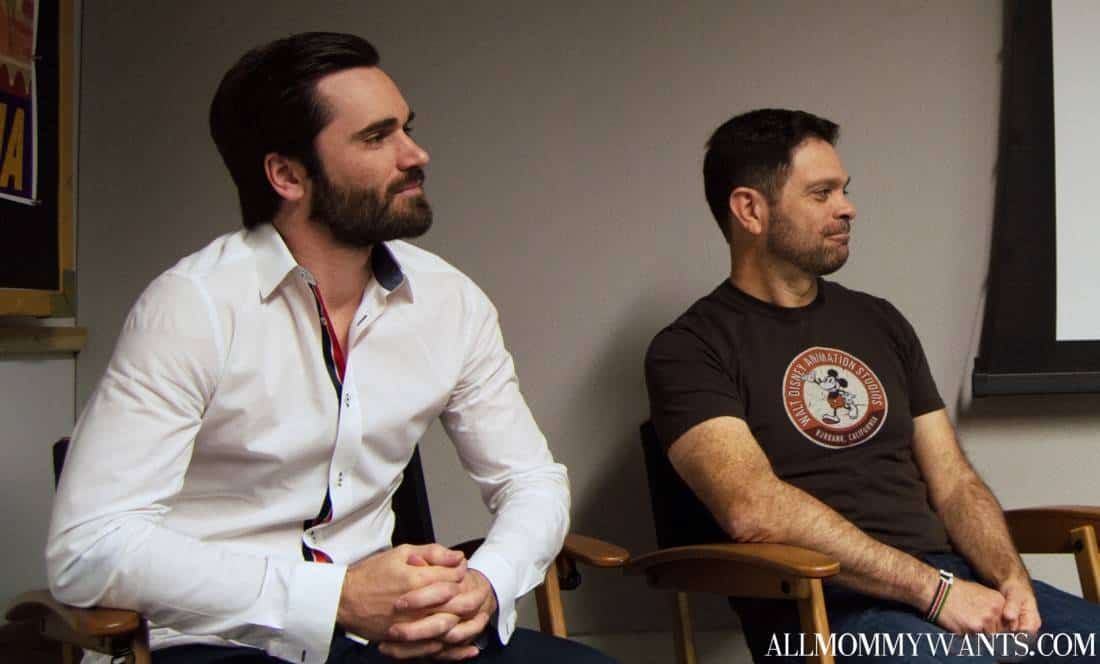 Renato dos Anjos and Nathan Engelhardt along with animation supervisor Chad Sellers went to great lengths – and distances – to animate the animal kingdom in Zootopia – as far as Africa to study wild animals in their natural habitat to pick up the nuances that make them unique and expand on those qualities. Like “how would a tiger dance?”. There were things that they knew they wanted to keep, like scale and limbs. 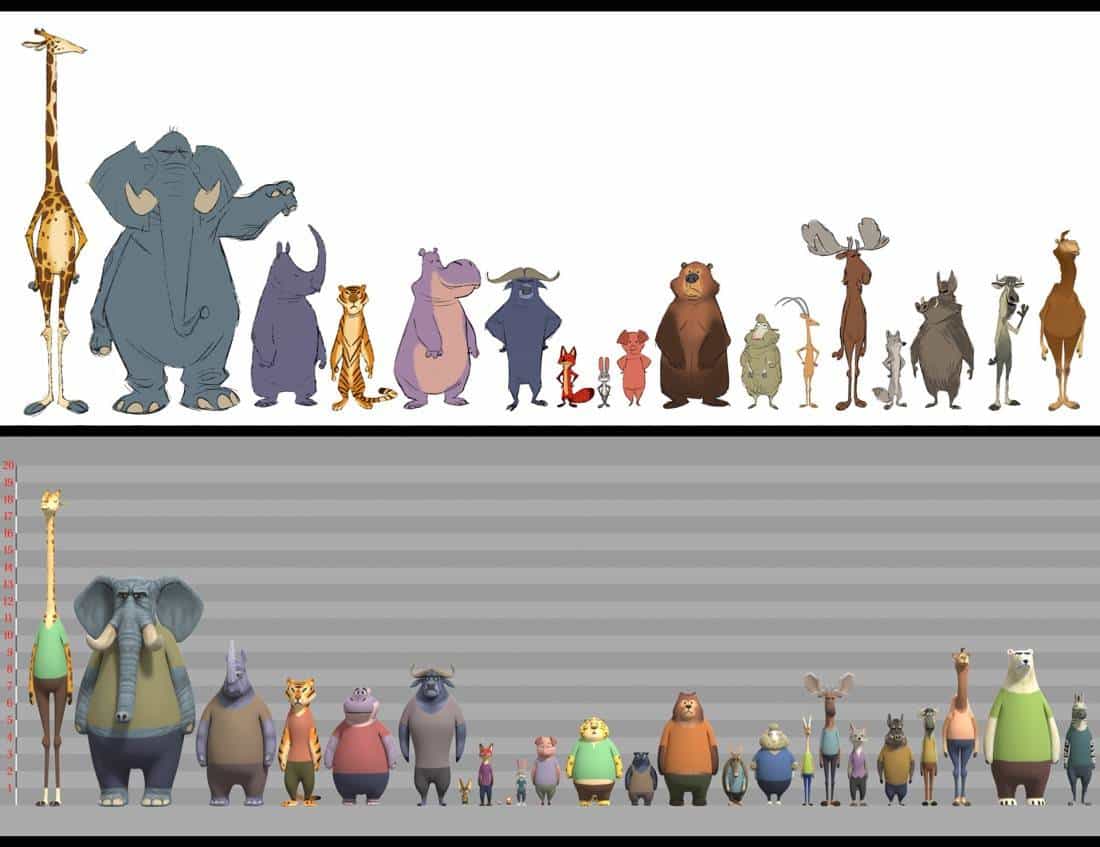 Things they noticed were giraffes running – when they are in a sprint they look like they are going in slow motion. This is mostly due to the gangly neck and legs. The neck, they discovered, tightens up to remain stationary while the giraffe is in a gallop, giving the illusion of slow motion. Then they had the task of humanizing the animals while keeping their special quirks that make them come alive. 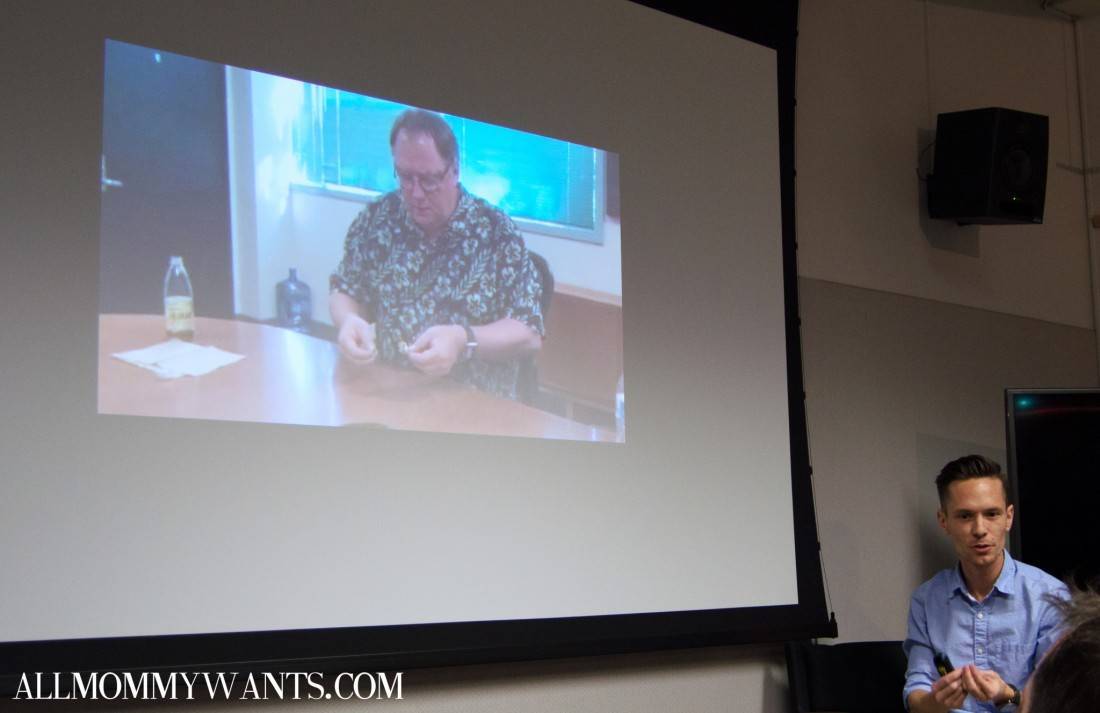 One animal in particular that they had fun with was the sloth. Sloths are naturally extremely slow and very calculated so naturally the sloths in Zootopia all work at The DMV!

Behind the Scenes of Zootopia - Creating Judy Hopps, Nick Wilde, and Other Characters | All Mommy Wants

[…] huge part of Zootopia’s impending charm are the characters. As I had mentioned before, the animals of Zootopia were important to the animators. They didn’t want to have the […]